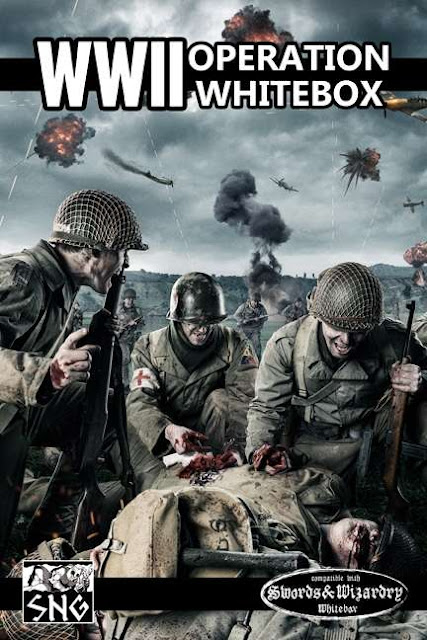 Normally priced at $7.99 for the PDF, you can grab your copy of WWII: Operation WhiteBox for $3.20 until 11 AM tomorrow morning.


In WWII: Operation WhiteBox, the player characters (PCs) play the role of WWII special forces operatives. They may be formally trained and part of an officially designated special forces unit such as the SAS or U.S. Army Airborne, or they may simply be guerilla fighters dedicated to making life hard for the German Army. They may also be covert agents working for organizations such as the SOE or OSS. Whatever their affiliation, their job is to complete missions behind enemy lines, paving the way for the next Allied advance.

That's a affiliate link above. Please, keep the taps flowing here at The Tavern :)
Posted by Tenkar at 4:52 PM

Email ThisBlogThis!Share to TwitterShare to FacebookShare to Pinterest
Labels: deal of the day, operation whitebox, Swords and Wizardry