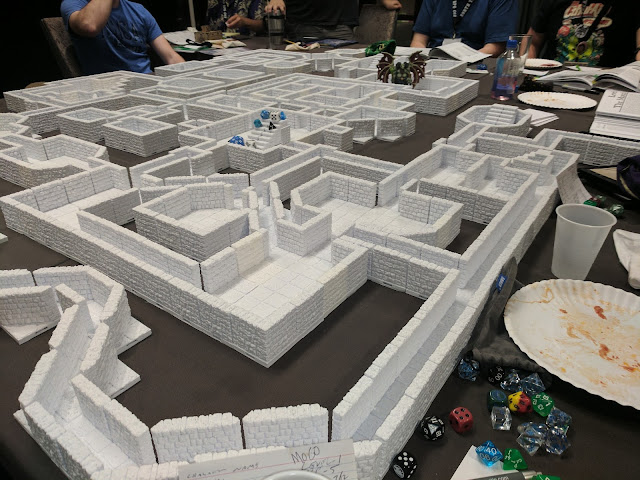 Last night, after running my second session of Beneath the Battered Dwarf Tavern for Swords & Wizardry Light (went very well and as before had an extra player show up) it was time to venture into Rappan Athuk using Swords & Wizardry Complete with Skeeter Green as out DM.

There was some sort of side bet going on with Edwin Nagy who was running the same at the same time for 5e - who could kill more PCs in less time than the other. Skeeter won hands down ;)

My halflng thief survived much longer than I had expected with only 1 HP (we rolled 1st level characters with max HP, b ut I took damage early on and our party of 10 or so had not a single cleric. Actually, we had only one caster but a plethora of thieves. Go figure. Heh.)

What was really cool was the 3d presentation of a level of Rappan Athuk. My understanding is that the 3d printer files will be available in a forthcoming Kickstarter. I'm beginning to feel I need a 3d printer :)

Afterwards, meaning - after the vast majority of the party was killed - Rach and I chatted up one of the "Peripheral Frogs" (a position similar to what I hold ;) and we brainstormed some really cool ideas for SWL to present to the head honcho himself.

Afterwards, Rach and I headed to the hotel bar where we met with a  couple of NYC gamers. We just may have put in motion a very exciting project for the fall of 2018. Damn but I really love NTRPG Con. It really is "where the deals get made in the OSR."

After the bar kicked us out, it was time to hang out on comfy chairs and finish out beers, which allowed us to end the night with Dennis Sustare. Before we knew it 4 am was knocking at the door (5 am back in NYC)

It was a very good day - and night. 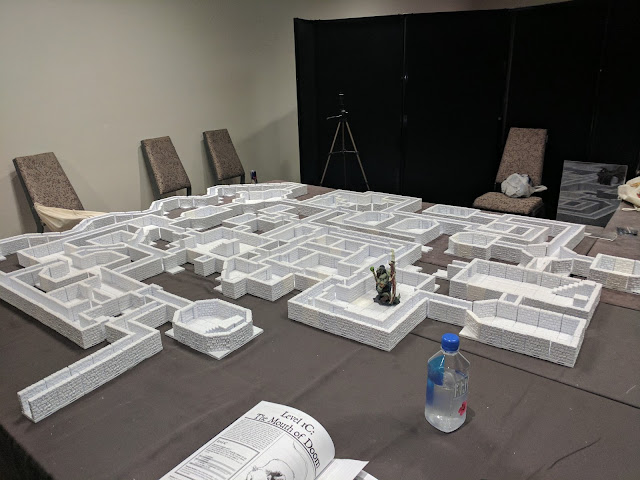 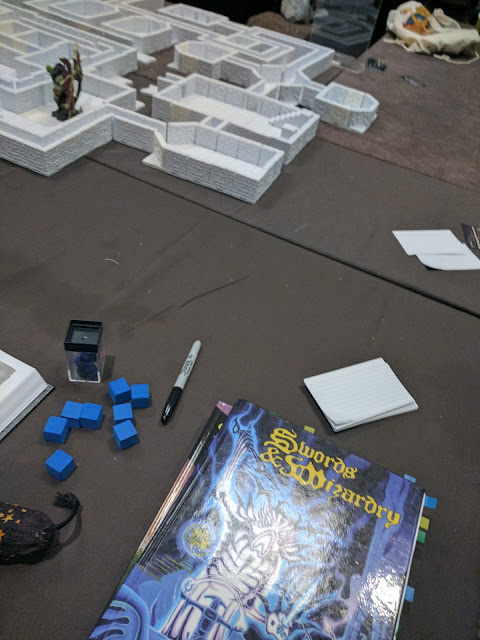