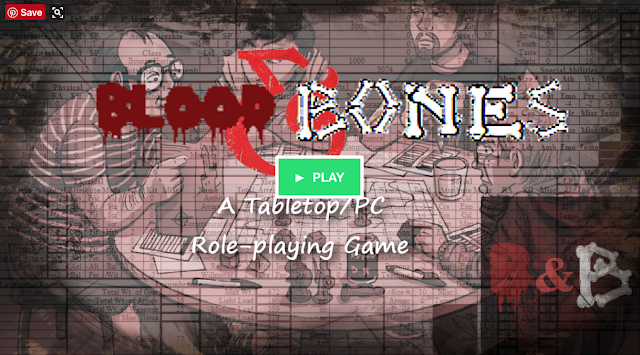 Boy, is this awkward. The creator emailed me in the hopes that I'd cover his Blood & Bones Kickstarter, and I am - but I don't think its the coverage that he desired.

First, the good stuff. The Kickstarter page is pretty much free of grammatical and spelling mistakes. Pledge levels can fund the Kickstarter. Sometimes I think both are uncommon these days. The email inquiry was polite enough. Shit. This isn't easy.

Okay, here are the issues I see:

#1 - $50k goal from an unknown creator. Not just First Created but it appears, Zero Backed. No resume of prior projects or sample of prior work. Again, asking 50k.

#2 - Its a project many years in the making. Yes, we are talking classic Heartbreaker.

#3 - Monies are going towards living expenses (paying himself for the work) While I do understand time is money, there is no break down as to where the money is going .

#4 - Novels are also involved. To advertise the game. Need I say more?

#5 - No discussion of the rules on the KS page aside from a need for an app to play. Watch the video and you'll see the NEED for an app 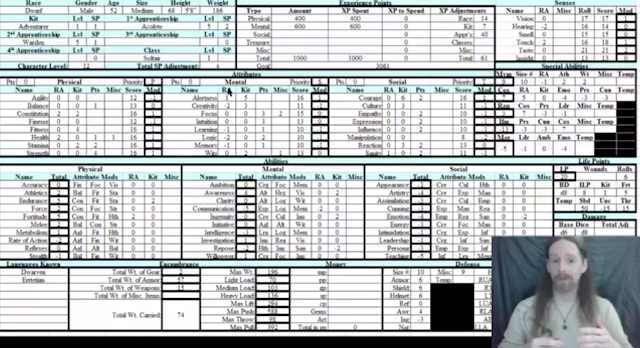 #6 - Pledge levels included different levels for each of the three core rulebooks. No mention of add ons.

#7 - Mentions electronic versions of the rules in the video. No PDF level to back. Unless the backer levels are for PDFs. Doesn't say physical products.

#8 - Video mentions hiring folks to work on the project.

#9 - Money is needed to playtest. Shouldn't playtest of some sort have happened BEFORE asking for 50k?

#10 - Risks & Challenges - Apparently, Number One is "making a lot of money from this game" - Need I say more?

Kickstarter is not some sore of virtual cash machine where you put up a project and $50k spits out. It doesn't work that way. Especially not now with burned and angry backers lurking on every KS page.

Do you need 50k to bring this project to life? You certainly haven't spelled out the expenses to justify it. How are books shipping? Not POD obviously, as they are binders. Have you taken into account the cost of shipping? How about international shipping, which may be more than you've actually charged for the book? Are you handling fulfillment? An outside company? What about art expenses? Why are we expected to pay your bills when you have no proven record, either in the hobby or on Kickstarter.

Rework your funding numbers. Lower you goal by AT LEAST 90%. Have some sample art. Show some sample writing from the rulebooks. Figure out your potential shipping costs! I can't stress shipping enough. Its the most common way for Kickstarter success to lead to Kickstarter distress.
Posted by Tenkar at 11:53 AM