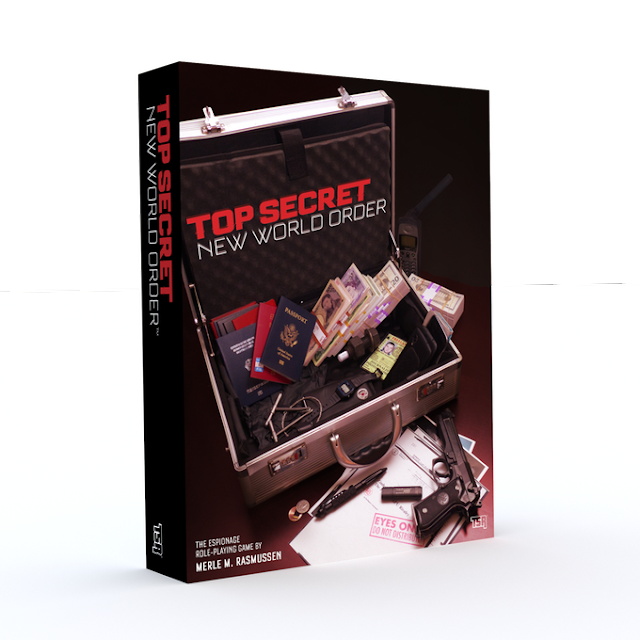 Top Secret is back in a new way. The Top Secret: New World Order Kickstarter has just launched.

Now, I has hoped to have the transcript of the interview I conducted with Merle Rasmussen on Sunday transcribed, but as I have found little in the way of helpful software I will need to do this by hand. It may take a few days and it might come out in pieces. Either way I'll put it in your hands, our readers as soon as it is done.

Back to the Kickstarter. Boxed set with all the extra goodness boxed sets are know for is just 50 bucks. Just want the rules and the module? 10 bucks in PDF. If you ask me, those are really strong buy in points for what you get in return. 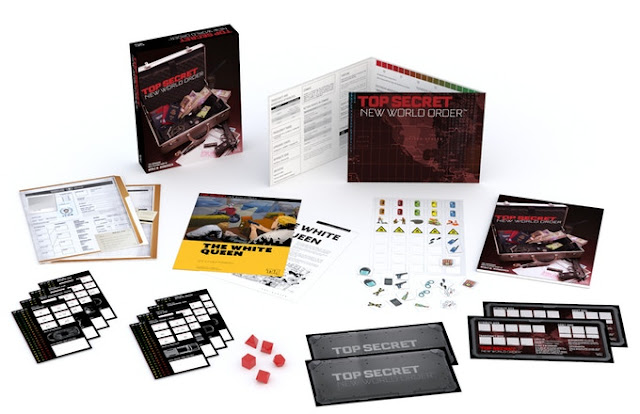 I also plan to run the pre-release version of the rules through a play test this Saturday night. Yes, the fine folk at the New TSR were nice enough to send me along the PDF of the rules and some extras. I've not read through everything yet, but having played it at NTRPG Con earlier this month I'm confident enough I can run a fairly accurate to the rules session of Top Secret: NWO. That's a huge statement from a grognard like me.

Oh, this also means I can report that the rules are written, which is often not the case with Kickstarters (Far West, I AM talking about you!)

Alright, time for my legs to recover from yesterday's 4.8 mile walk. I see a few pints and 1# lifts in my immediate future ;)