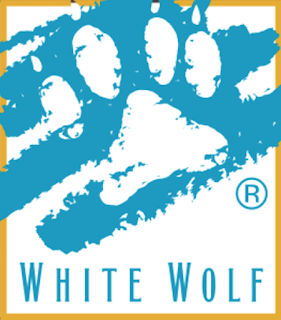 My current thoughts on the matter? (prior post here)

It was all about the publicity. Good, bad, didn't matter. So long as V5 was being talked about. Some have said they'll never come near it now and some have embraced it but many more have talked about it.

And yes, I fed the beast. I may be feeding it again today, but I feel a follow up is needed, at least as far as highlighting some of White Wolf's response. You can read the full White Wolf blog post here.


Last week we released it to the world, and we are grateful for all your survey responses, emails, social media comments, and reviews. Now we are working on the alpha playtest for GenCon 2017, but your feedback on the pre-alpha makes it clear that we need to provide some context for the playtest and for V5.


Our oversight, for which we apologize, was not providing this context so that our players could see why and how we made these decisions. We needed to clearly state again that the material was intended for mature audiences, and to label it that way. We should have stated again that our vision for V5 brings Vampire back to its roots as a morality tale about evil, set in the darkest places of our own world. Contemporary, real-world horrors and atrocities are an important part of the setting and by extension – its characters.

We’ll communicate this and other design-choices better as we go forward. We can and will make the game’s contents transparent for those who need them to be by giving you fair warning.

I'm assuming you need to be 18 to download the playtest material. Or am I wrong? In any case, the genie is out of the bottle.

We answer some of the most common questions about the V5 Pre-Alpha. Feel free to send us more questions.

Q: Why is Amelina a pedophile?
A: She’s not. She has an obsession with young (recently embraced) Kindred and a feeding restriction that forces her to feed from children and young teens.

Q: Why did you use the term “triggered” to describe someone easily offended on ideological grounds?
A: Because that is the common usage of the term in everyday language, no disrespect intended.

Q: Why are so many characters children (“Club Kids”)?
A: The term Club Kid (at least in Sweden) means a youngish (roughly 18-25) person who spends all their free time at clubs, often under the influence of drugs.

The first answer seems forced to me, like one of those answers thought up AFTER the question came up, but whatever.

The use of "triggered" is amusing, as I wasn't the only one to come to the conclusion that Amelina was a pedophile (there were victims of child abuse when they were younger that came to the same conclusion) so there was some "triggering" that was not part of the scenario but because of the scenario.

As for the Club Kids definition - never heard it used prior, not my social circle. Interesting that its being defined from a Swedish perspective. I guess White Wolf really is international now.