Deal of the Day - Yarr! The Rules Light Pirate RPG 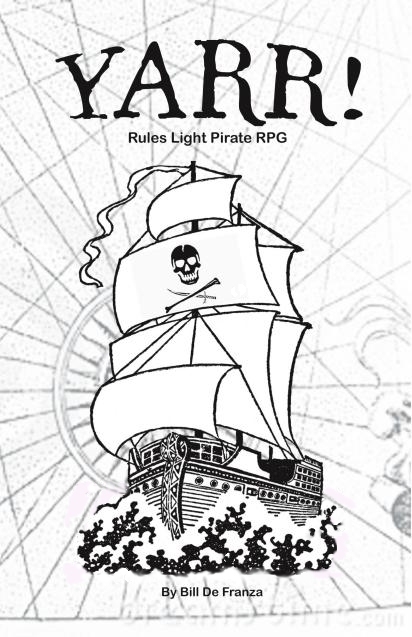 Yarr! The Rules Light Pirate RPG is today's Deal of the Day. Built off the Dagger! rules, it is basically a simplified OSR ruleset without ability scores, which works fine.

Easily lootable for piratical ideas for your other OSR rule systems, for $1.50 (normally $4.50) its like finding buried treasure ;)

YARR! is a fun, easy to learn game for kids, beginners or veteran players who emphasize story and role play over rules. YARR! is intuitive for anyone who has played any OGL / d20 game. It is streamlined so that kids can grasp it easily but robust enough (and including advanced rules for skills) so that veteran player won't find it overly simplified.

Yarr! includes rules for ship to ship combat, a bestiary of human and monstrous adversaries, booty (treasure) appropriate for historical fantasy of the Golden Age of Piracy, Mermaid magic, even a Pirate Talk glossary!

Email ThisBlogThis!Share to TwitterShare to FacebookShare to Pinterest
Labels: deal of the day, OSR, pirate