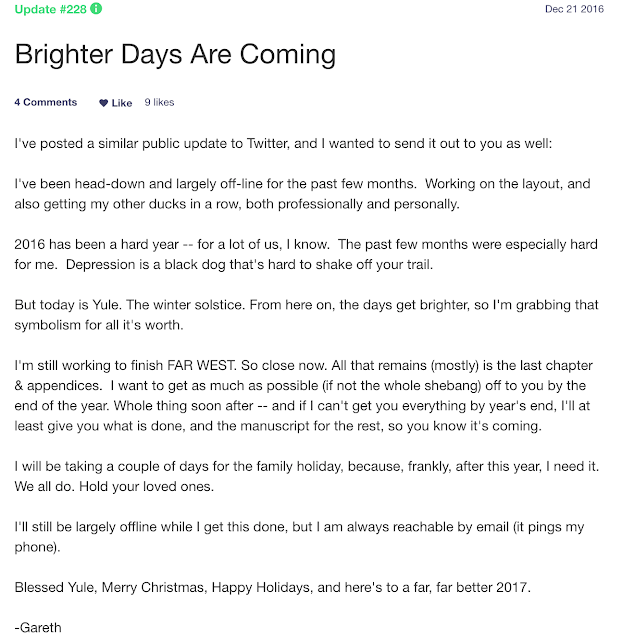 Hold your loved ones.

Because apparently 2016 was just such a year.

Does Gareth come out and blame his depression on the 2016 elections?

But it certainly seems to be be the theme.

Do I expect to see anything by the end of the year?

I could be surprised, but I doubt it.

Still, lets punt the ball. I'll hold my family close there holidays, but it has NOTHING to do with 2016, Far West or any other debacle. I'll hold them close because I love them.