Tell Me Why You Want a Thief Class in Swords & Wizardry: Light 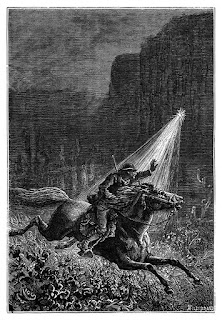 Now, as I've mentioned before, in an effort to keep things simple and to make the natural progression of the experience to be going from the Light rules to the White Box rules and due to the constraints of only having 4 pages to work with, a thief class will not be in the 4 page S&W: Light rules. However, I plan on releasing a 4 page Deadly Machinations (GM's options and advice) to go right along with it and a thief class could certainly appear there. Obviously, it would only cover the first three levels, but I could expand the class fully here at The Tavern.

All that being said - tell me why you'd like a thief class for Swords & Wizardry: Light. I've got some ideas on how to make it different then the Core version but I'm open to other ideas.
Posted by Tenkar at 1:23 PM