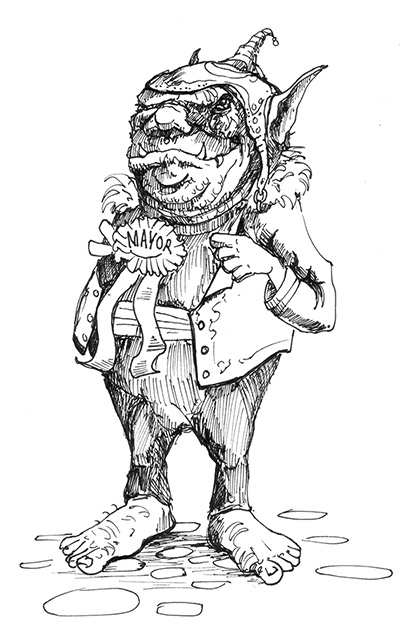 Just a quick note. +Lloyd Metcalf has a new Kickstarter out there, and not only did it fund in just a few hours, it's nearly doubled it's $1,200 goal in the first 24 hours.

Lloyd does what he does very well.

Does The Bogey of Brindle sound familiar?


This is NOT a simple re-do. The original Bogey of Swindle was a short digest one-sitting adventure. As a first attempt at adventure writing, and a first attempt at condensed adventures you can imagine that it likely had some short-comings. The original was also written for 1E/OSRIC and never contained very many details about the Goblin town of Swindle (Now Brindle) as everything was focused on a Lesser Gnome setting.

"They say the first time ain't the greatest, but if I had a chance to do all again"... well we DO have a chance to do it all again, and this time there have been many lessons learned since that first effort!

The ENTIRE town of Brindle has been added with HAND DRAWN over-land, dungeon and town maps and illustrations, with NPCs who have story hooks that could lead to many sessions of gaming within Brindle.

Personally, I'm in at $50 for the original pen and ink drawing.

BTW, no stretch goes. Go figure. It can be done successfully...