Engadget has a short article on Google's currently being rolled out update to Google Hangouts. Simpler interface, improved video quality, no apps. Yep, you read that right - those apps you love - and no, not the sound effects and the goofy hats, but apps like Roll20 - do not work with the new update.

Here's the relevant quote from the Engadget article:


Just be aware that you may lose some features you like -- as one early adopter notes, app support within Hangouts is currently missing. That doesn't necessarily mean that the support is gone for good, but you shouldn't count on it coming back. 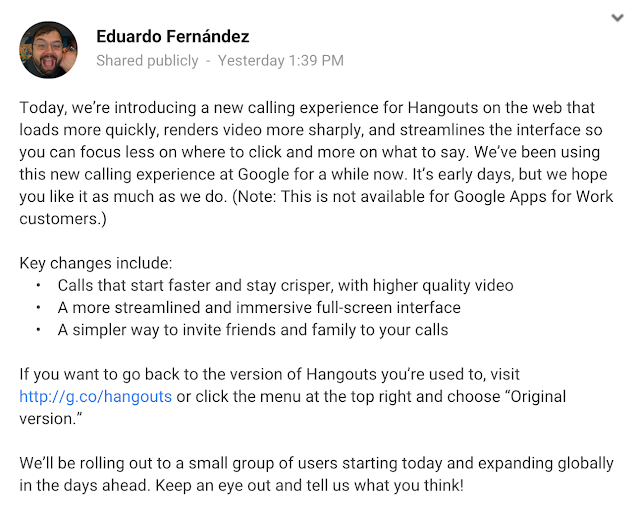 The comments in the G+ thread are very interesting and there are some names many of The Tavern's readers will recognize. 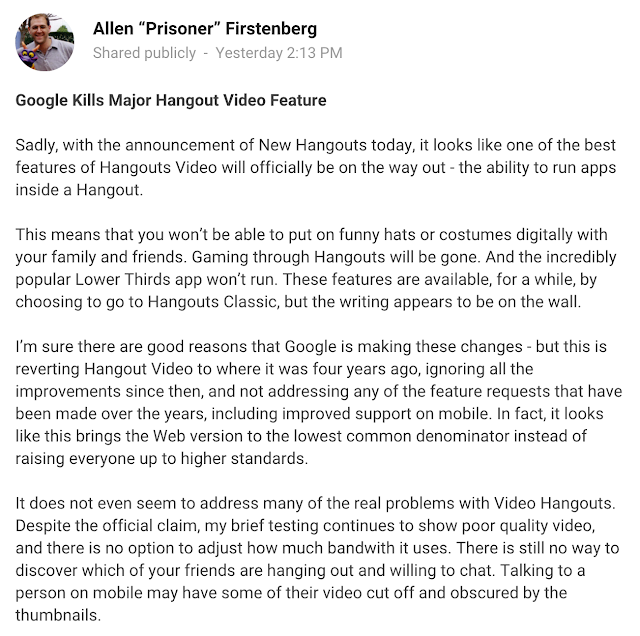 In the meantime, here's the link to the old Hangouts: