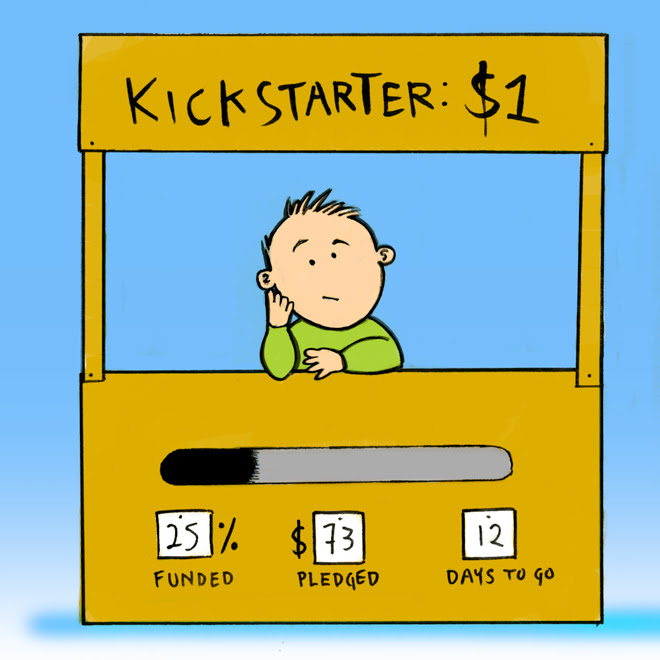 As I sit at my desk brainstorming for the article I owe Old School Quarterly on the subject of RPG Kickstarters, it occurs to me that the perception of Kickstarters in our corner of the gaming universe is defined like much of the public's perception of law enforcement is defined - by a handful of bad apples in a very large bushel.

Failures, fuckovers, pyramid schemes and the like are relatively rare in the world of Kickstarter. The vast majority of successfully funded projects ship quality products. The +Kevin Crawford s (where you get the beta PDF the moment you back), +Joseph Bloch s, Melia Valors (PDF less than 3 weeks after completion), the Reapers, the Frog God Games, the Goodman Games, the Monte Cooks, +Pete Spahn s, +Peter Regan s, the Dwarven Forges, +Lloyd Metcalf s, The Steve Jackson Games, +Newt Newport s, +Lesser Gnome s, +michael mindes, the Troll Lord Games (edit more better damn you!) and many others wouldn't be producing the quality products they are if it weren't for Kickstarter.

The Gareths, Nysuls, Whitmans, Brave Halflings and a few other bad apples each define their failures uniquely. There is no singular path to failed success.

Here at The Tavern, I certainly do hold the bad projects and project creators feet in the fire if you will, as I don't want anyone getting burned by these folks in the future. The thing is, much of the future of our hobby is linked to Kickstarter whether we wish it to be or not. There are good, skilled, honest creators and companies that wouldn't be able to produce what the do - or produce it to the higher standards that they would like - without Kickstarter. Kickstarter shifts some of the risk of a project on the consumer and away from the producer (there's an article right there come to think of it.)

In any case, the articles for OSQ will need to find a balance of exposing the bad while highlighting the good. In retrospect, I think I need to find a bit more of the balance here at The Tavern.