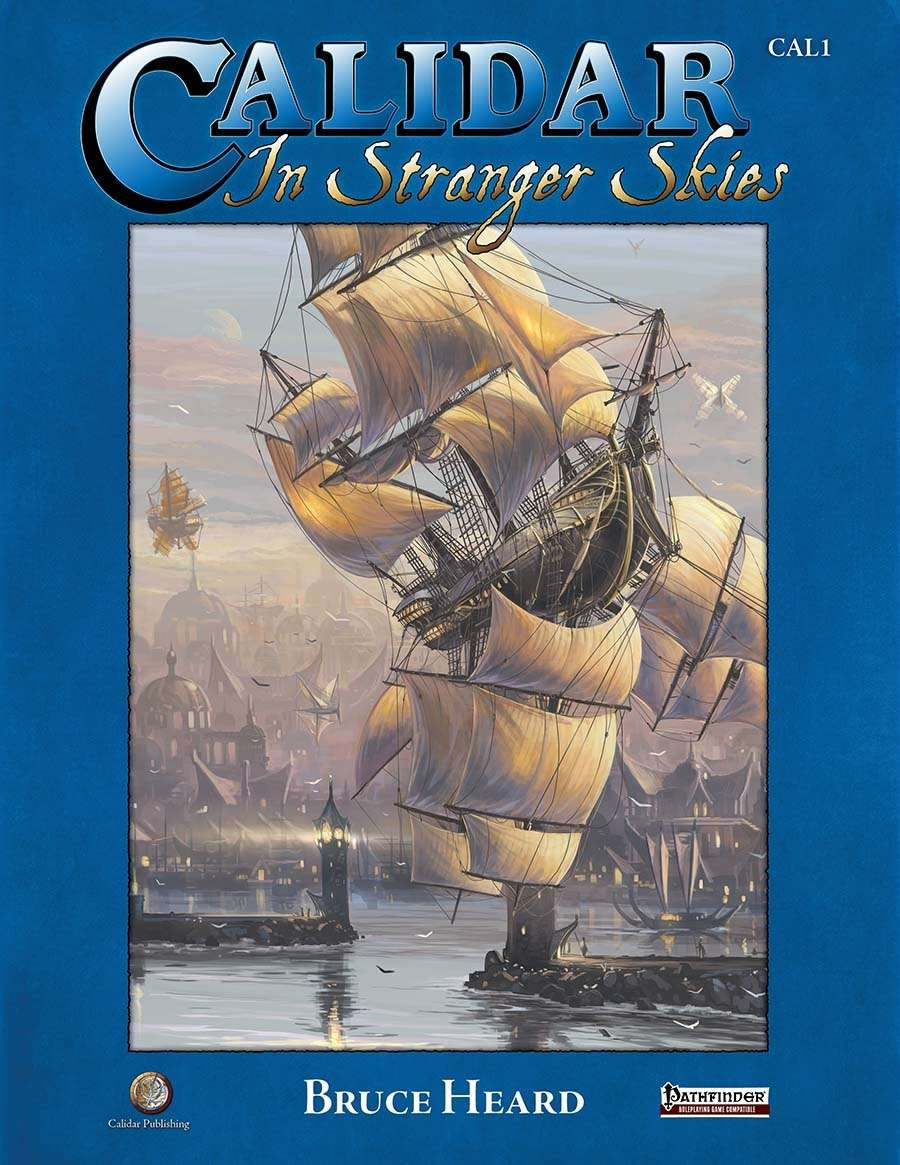 This post is way overdue. +Bruce Heard was kind enough to to mail me the actual print copies of the World of Calidar maps as well as the PDF for the sourcebook back in the early fall.  We are now in early winter, so yes, I'm pretty backed up.

First off, the maps themselves are gorgeous. They are probably barely outdone by the Whisper & Venom maps, but then again, they are done in a different style and are for different use. In any case, they are too big for me to take a pic of and I've yet to convince Rachel to allow me to paper the walls of the double bedroom (we have two rooms joined by an arch - one for sleeping, one for my desk and our clothes and such) with gaming maps. I'm working hard on it tho' , and with Danke's Christmas Remolding and wallpaper removal trick she taught herself, I may just have gotten a little closer, but I digress.

Spelljammer was probably one of my underused 2e game settings, but not because of lack of desire on my end. I wanted to run with but my group never complied, even when I had them find their own Spelljammer. Ah well, there is always tomorrow.

If Spelljammer has a fault, it was that it was shoehorned into the existed AD&D continuity. That is not an issue with Calidar, which is designed from the ground up as a setting with airships traveling between worlds.

As an aside, if you enjoyed the Voyages of the Princess Ark series of articles / fiction from Dragon Magazine, much of the some feeling is found in the World of Calidar. Personally, for me the series of articles was my gateway to Mystara, if only because Bruce was connected to both projects. Sadly, after all these years my memory is a bit fuzzy. I may need to reread the series at some point.

One of the more surprising aspects about the Calidar, In Stranger Skies is that it is system neutral (don't let the Pathfinder label fool you). Sure, it has Pathfinder stats for the characters, but that can easily be hand waved and converted to OSR stats without too much trouble, although in the case of the spells memorized there might be some work needed. If I can squeeze the time out of the rock that is my free time, I may do some conversions of such to Swords & Wizardry here at The Tavern. Don't expect exact conversions if I do make the attempt, as downsizing from 3x / Pathfinder to older editions is more art than science ;)

I'm about halfway through the first part of the Calidar PDF, and the fiction is spot on. If you are to learn of a setting through the eyes of those living it, this is the way. I would like to see an abbreviated version that could serve as a player handbook of sorts, as this is a rich setting and I would rather run it with my players grounded in the common knowledge (but without all the DM secrets.)

Oh, remember all my bitching about the Numenera PDF and being damn near unreadable with my aging eyes? Not a problem with Calidar, In Stranger Skies. Although the pages of the PDF have that faux weathered look, there is nothing obstructing the actual text. Heck, it's nicely readable on my Samsung Galaxy Note 3 phone, which is good, as I return to work tomorrow. No, I won't be reading at my desk - unless I'm on lunch ;)

Full review when I finish digesting the PDF. I must day I am enjoying the lack of distracting game stats thus far.

Just think, the NFL season will be coming to a close soon and I'll have my Sunday's back...