How Much do you Improvise as a DM? 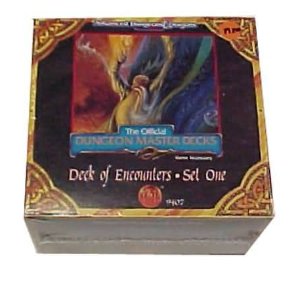 Remember those Decks of Encounters TSR put out back in the day? I used to grab a half dozen cards at random, pick three or fourI thought I could work with, and that would be the outline of my session for later that afternoon.

I'd use one card to set things up and the others depending on the direction the party took things. Figure out the connections between the encounters on the spot and let things fall where they may. The only real drawback I had is I rarely wrote down the details afterwards, so I had a fairly bad sense of where that arty had been without them catching me up. But it was fun.

I haven't run a game like that in nearly 20 years. Not that I don't improvise these days, but I haven't gone back to the "lets figure out this adventure" type of gaming that I experimented with in my college years.

So, how much do you improvise in your average came session? Does improvisation mean you can prep less? Does it lead to more record keeping?
Posted by Tenkar at 9:48 AM