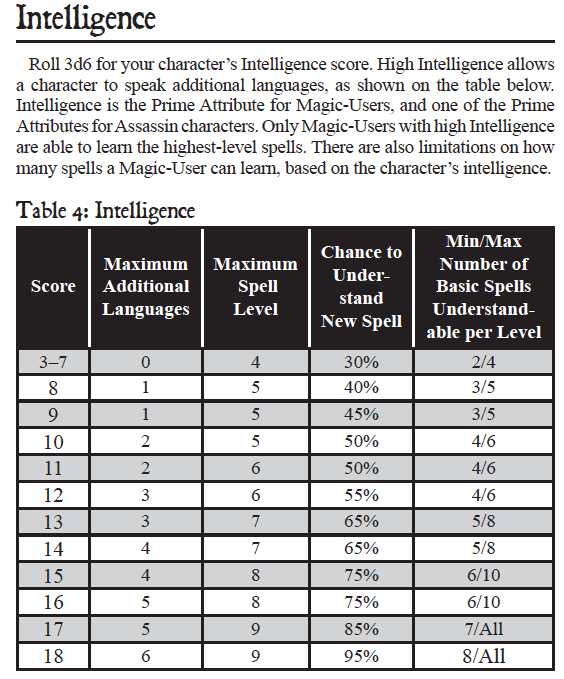 I was listening to THAC0's Hammer (an excellent 2e podcast) in the shower and one of the topics that came up was "chance for magic-users to learn a new spell". In truth, I never liked these numbers, even back in my early days of gaming. Even with a high Intelligence score (say 16), a magic-user would still fail on his chance to learn a new spell 1 time in 4.

Fail that roll to learn "fireball" and you'll never learn it. It's pretty much why I don't use it in my current S&W campaign - it's a huge downside with little upside as far as I'm concerned.

I seem to remember the stated reason for the limitation was that each individual magic-user interprets every single spell differently. Get a dozen magic-users together, and not one will have the exact same "recipe" for "magic missile". Which got me thinking - what if the chance to learn was actually the chance to understand that particular interpretation of the spell?

You failed to learn "fireball" from the scroll you found? Sucks, but at least you can try again when you find the next "fireball" scroll.

I'd also rule the chance to learn does not apply to spells learned directly due to level advancement, so if you REALLY want to learn fireball, make it the free spell you learn at 5th or 6th level.

Hey, look at that - a really gaming post squeezed in between OSR Christmas Gifting ;)
Posted by Tenkar at 6:24 PM