My Next Kickstarter to Support: The Michael T. Desing's Army Ants War Effort 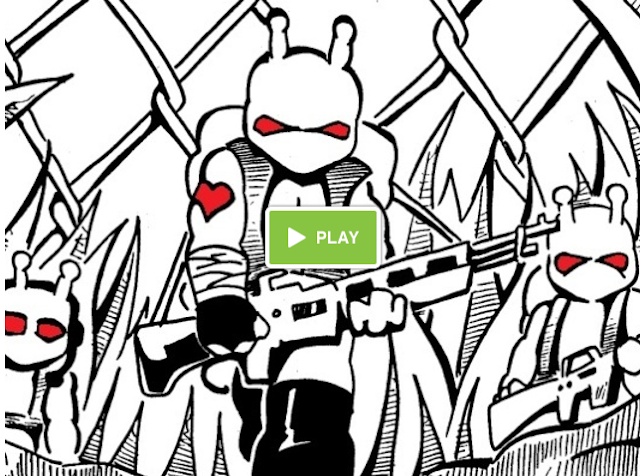 Real quick, as I'm about to hop in my car and brave the elements her in NYC.

I've been following Michael Desing's stuff since the Resolute RPG line. It was one of the first (only?) indie games that I groked, and I liked it  even more due to the concise presentation of the rules - no bloat here.

So, now he's got a Kickstarter for his Army Ants comic and RPG. I'm all over this like ants on a picnic basket. Others must be too, as he's nearly hit hit modest 1k goal in less than 24 hours. I'll officially be a backer tonight.