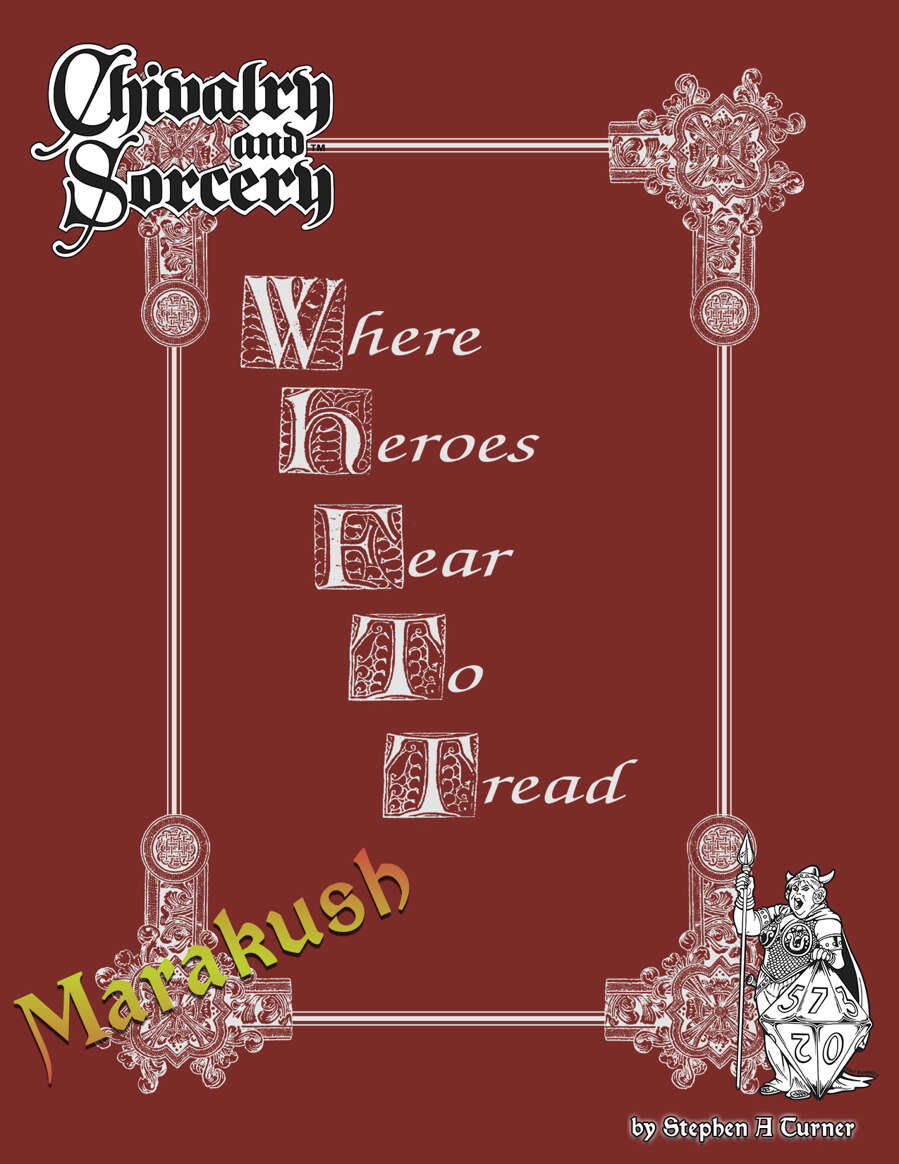 Where Heroes Fear To Tread is not a new release, but it is new to RPGNow.  Its a short (and free) scenario for Chivalry & Sorcery Light, but as the game stats are all relegated to the back of the module, it can be treated as systemless and therefore usable with just about any system.

Were the GM to use this adventure in his own setting, he might have to make a few changes in the background of the adventure, as the default is (of course) flavored by Chivalry & Sorcery.  Peasants aren't D&D peasants - they are dirt poor.

It's a basic delivery mission / ransoming of some NPCs, but the tweaks and surprises keep it fresh.  My main issue is that a main scene has very little for the PCs to do, but that might be more a C&S issue then anything else.  It's easy enough to change.

Did I mention its free?


A short adventure set in Marakush, usable with C&S from 3rd edition onwards.


Are to Players brave enough to rescue a group of Pilgrims kidnapped by a band of Orcs, now hiding within the dark confines of Darken Forest.


Beware the Dragons.
Posted by Tenkar at 6:14 PM

Email ThisBlogThis!Share to TwitterShare to FacebookShare to Pinterest
Labels: chivalry and sorcery, Reviews