Deal of the Day - The Waking of Willowby Hall (OSR) 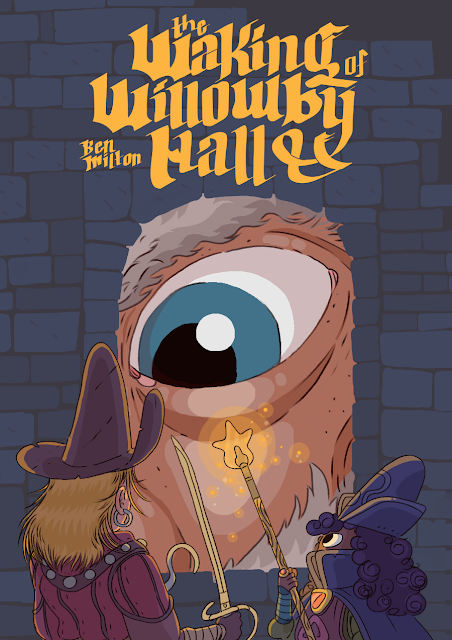 I used to be a "featured reviewer" but then I became a "publisher", so I no longer get notifications of nearly everything that is released on DTRPG. If I were still getting review copies, there is no way The Waking of Willowby Hall would have escaped my attention until now. Ben Milton has a top-notch rep as a creative, and this would have been on my "must review list".

Until tomorrow morning, The Waking of Willowby Hall is marked down from 7.50 in PDF to 3.75. I just snagged my copy as I wrote this post, but a review will be a few days away at the very least.

The Waking of Willowby Hall is a dense, highly interactive RPG adventure set in a ruined manor beset by a rampaging giant, roving bands of restless dead, and a very angry goose.