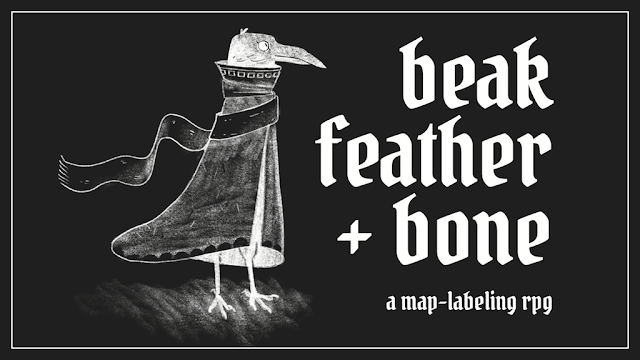 It's rare that I look at a Kickstarter and say: "Wow, this is really unique and interesting." Beak, Feather, & Bone is one of those rare Kickstarters. 5 bucks for the PDF, 10 bucks for print plus PDF.


Beak, Feather, & Bone is a collaborative worldbuilding tool as well as a competitive map-labeling RPG. Starting with an unlabeled city map, players are assigned community roles before taking turns claiming and describing locations. Players draw from a standard 52-card deck to determine a building's purpose and then describe its beak (reputation), feather (appearance), and bone (interior). As buildings are claimed, a narrative for the town and its inhabitants emerges, including major NPCs and shifting power-dynamics.

Inspired by map-making games like Avery Adler's A Quiet Year and archetype-focused RPG systems like Meguey & Vincent Baker's Powered by the Apocalypse, Beak, Feather, & Bone is a zine-length game including rules of play, 11 community roles illustrated by Austin Breed, a map by Jonathan Yee, and optional lore & GM tips for running games in a city populated entirely by ravenfolk (or kenku, tengu, etc).

While default play is lightly competitive, rules variants for solo, cooperative, and character-focused play are included as well. Similarly, while the illustrations and GM notes provided will help inspire a ravenfolk city, the beak/feather/bone labeling system can be used with any map, game genre, or populace. 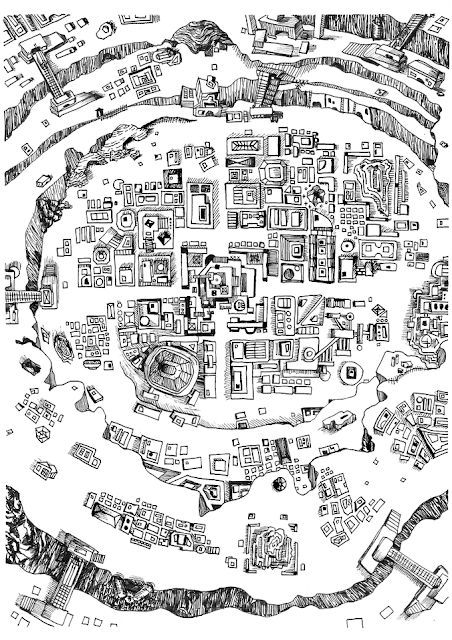