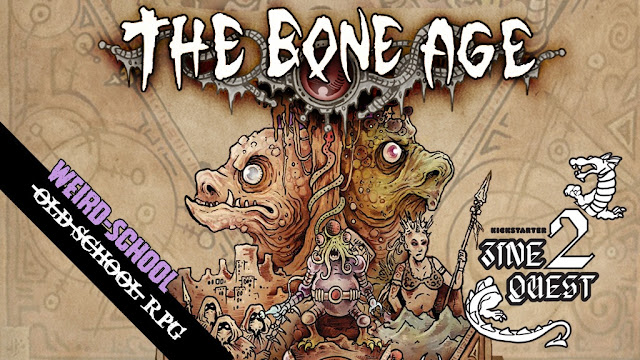 Back to our regularly scheduled posting :)

I would back The Bone Age - Weird School RPG Kickstarter for the art alone. The fact that the setting looks to be a blast is simply icing on the cake.

8 bucks in PDF, 18 bucks Print plus PDF shipped in the US.


The Bone Age is an old-school RPG of neolithic-era tribes struggling against the sudden arrival of bug-eyed aliens. You play a Tuzanian, a tribe of jungle-dwelling, vine-swinging, pterodactyl-riding, bone-wielding savages. Radiation leaked from the Invaders' crashed flying saucers spreads on winds of purple, blue, and white, mutating the land and its inhabitants. Meanwhile, a race of turtle-apes and ape-turtles sleeping in stasis beneath the surface awoke...1,000,000 years later than planned. And they were not impressed by the native population – or the alien Invaders.

The Bone Age will be a 48+ page saddled stitched book with illustrations by the incomparable Jack Woiak. 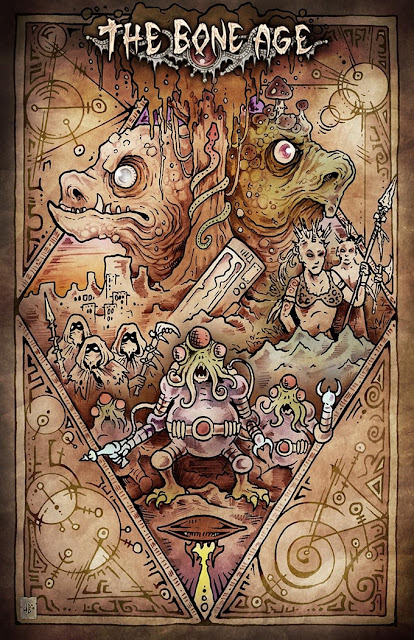 The Bone Age isn't based on a specific OSR system, but comparisons can be drawn to Swords & Wizardry, Labyrinth Lord, Lamentations of the Flame Princess, and Dungeon Crawl Classics. The base mechanic uses a d20 where higher rolls are better than low rolls, and works in a similar fashion to the way saving throws and attacks work in Labyrinth Lord. Thus, an ability might be expressed as 12+, meaning you want to roll a 12 or higher on a d20. Placing the target number in the hands of the players means they get the thrill of shouting "My attack hits!" or the agony of lamenting "I failed my mutation roll," as opposed to the Game Master setting a secret Difficulty Class. 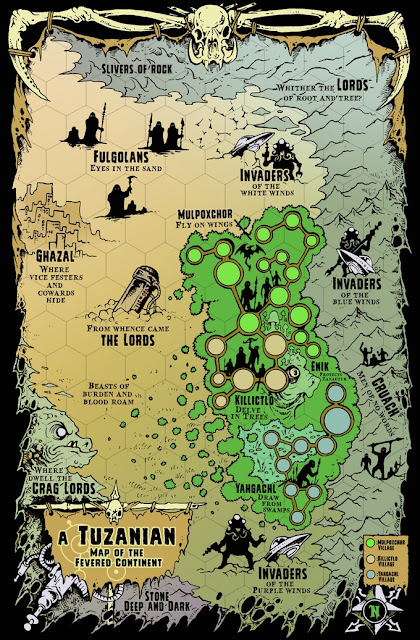