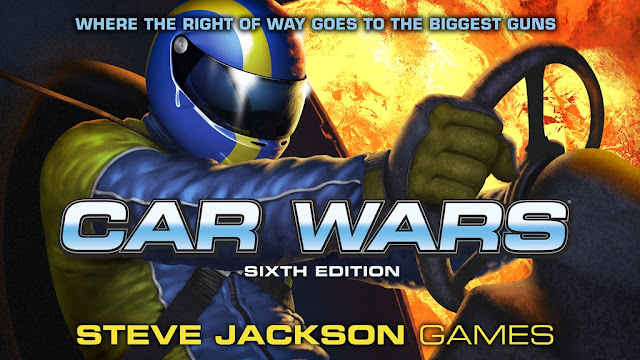 I'll be honest. I had heard that the Car Wars Sixth Edition Kickstarter was launching and I was kinda like "eh". I have it from back in its pocket box days and later boxed sets, and while it was always a blast to play, I haven't played in years.


The first car combat game, and still the best . . . Car Wars returns in a bigger, faster edition. The detailed 1/64 scale cars move, shoot, and catch fire the way you remember, with faster car creation and play. Once again you can rule the roads!

NOTE: All miniatures are pre-assembled at the factory and packed unpainted. Miniatures shown in the photos are prototypes. Miniatures painted by Ben Williams.