Kickstarter - The Book of Unusual Potions, for use with Fantasy RPGs (Phil Reed) 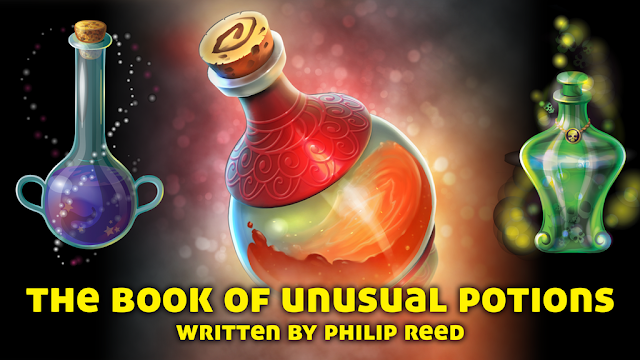 Holy shit I nearly missed this. The Kickstarter for The Book of Unusual Potions, for use with Fantasy RPGs by Phil Reed has less than 24 hours in its funding period as I write this but damn it looks good!

Alongside scrolls, magic potions are one of those ubiquitous magic items that many of us don’t give a second thought. Potions can heal, boost character attributes, and generally serve as a quick fix and a tool to overcome in-game complications and obstacles. Some game systems apply limits to the power of potions, while others disregard “game balance” and approach potions as more of a video game-style instant enhancement. How you personally prefer to treat potions in your campaign is far more important than what the game’s rules may say.

Over the years, I’ve tried to make potions more than just a simple “drink this and gain Y benefit” item. I don’t feel as if I’ve quite succeeded in the past, though, in adding mystery and wonder to the magic potions that I’ve detailed in my work.

That’s where The Book of Unusual Potions comes into frame. This is a dedicated tome in which I try to give potions more twists, turns, and strangeness than in my earlier projects, an attempt at making these potions as entertaining in terms of flavor as they are in-game bonuses.

The sample pages look sweet too! 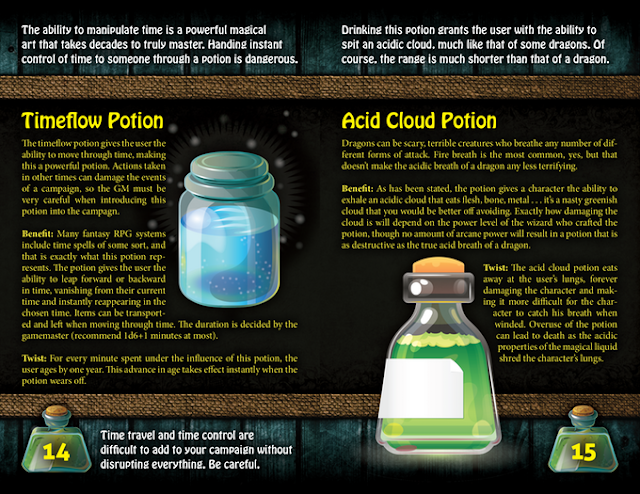