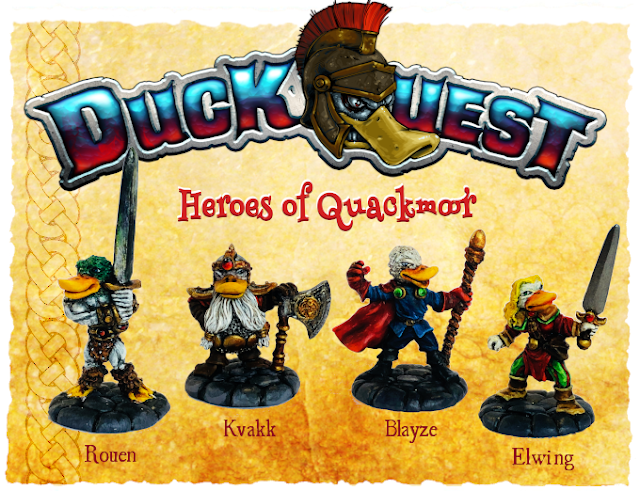 I'm a longtime fan of RuneQuest, having found it first with Avalon Hill's RuneQuest III, but then went back and found Chaosium's RuneQuest II, complete with Ducks. I was in love :)

All that means is that I am seriously predisposed to like Star Hat Miniatures for DuckQuest Fantasy Role Playing Games Kickstarter. It doesn't hurt that Darcy also did a limited run miniature of your favorite dwarven barkeep in the past. Heh I must say, the Kiwi Dollar conversion to USC greatly favors the US.