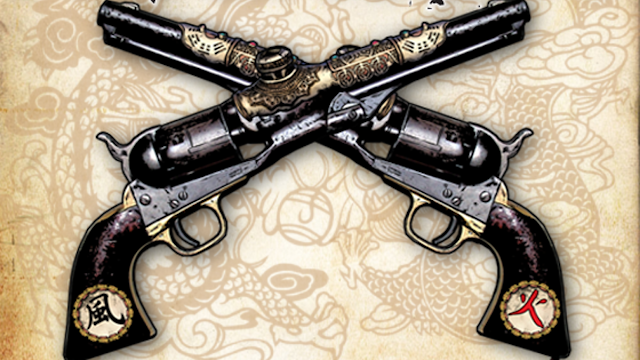 First things first. I had about a half dozen PMs, emails and the like pointing me to the latest update by Gareth Skarka about the Far West Kickstarter - it just wasn't on the Kickstarter page itself. Why would it be? Why would Gareth want to actually be respectful to the backers of his now seven and a half fucking years late Kickstarter?

Here's the latest (my comments are in orange):


I’ve been quiet recently, I know. (but not on Twitter! I kid! No, not really kidding)

First things first:  Far West is NOT dead. I only have one chapter remaining to assemble from the earlier drafts. (the same chapter I've been talking about since - forever) Things are moving slowly, and I figure that I owed you an explanation. (We've had plenty of excuses - I mean - "explanations over the last seven and a half years)

It’s no secret that among the many trials and tribulations that have plagued this project, my depression and anxiety have been at the forefront. I have been my own worst enemy. (there is no arguing with this)

Well, a few months ago, my family convinced me to finally seek treatment.

So I’ve done that.

The initial stages of the process, where, among other things, we were trying to zero in on the right combination of prescriptions and correct dosages, made it very difficult to get anything done. I just couldn’t focus on anything other than my mental health. (so, for the last couple of years, where you've produced work for the Star Trek RPG among other RPGs, occasionally under a psuedonym, none the less, your mental health issues only prevented work on Far West?)

Now that we are further along, and I’ve begun to feel the effects, I’m coming back into myself, in a way. And that includes finishing Far West. (I don't want to not believe you, reslly, but the outright lies over the past seven plus years...)

So that’s what I’m going to do.

I appreciate the patience of so many people who have given far more than I could have ever asked. “Thank you” seems terribly inadequate, given the circumstances.

As a final administrative note: All official updates will now appear on this website. We have a forum here where I can be reached for questions. The Kickstarter page will be used purely for delivery of texts, PDFs, etc. to backers. (that is NOT the way Kickstarters are updated, but I know, you want to control the narative and censor the dissenting voices)

Now, the home stretch. Talk to you soon.


Here's what Kickstarter says about updates:

Edit - How dead is Garth's website, that has been around for 8 years or so?