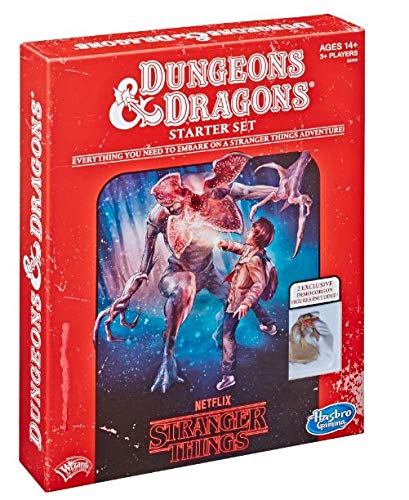 Now, I find it interesting that the article says: "At New York Toy Fair 2019, Hasbro / Wizards of the Coast unveiled something that we should have seen coming - a Stranger Things-themed Dungeons & Dragons starter set!" Why is the statement interesting? Because the New York Toy Fair runs from February 16-19, 2019. Today is February 13th. Ask Phil Reed how I know ;P

Here's the link to preorder the Stranger Thing' Dungeons & Dragons Starter Set at Amazon for 24.99  https://amzn.to/2SRUS4o   (this is an affiliate link - a small portion of your purchase will help support The Tavern)

Here are some details from the Amazon webpage: