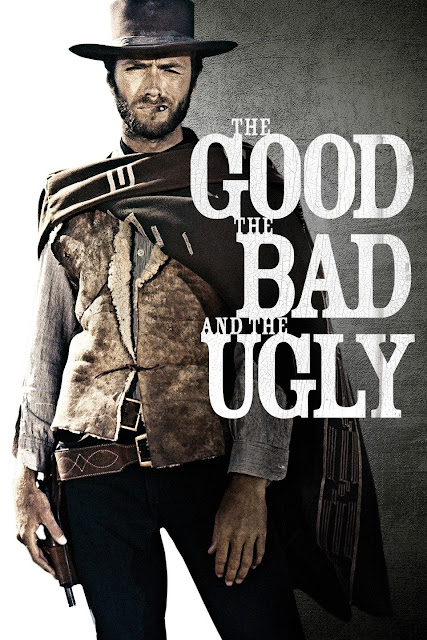 I watched The Good, the Bad and the Ugly for the first time in many years tonight with Rach. Rach had never seen it before. It was a great time with many laughs and some amazing visual shots.

I hadn't noticed that the title is not in the same order as the three main characters are introduced. We get The Ugly, then The Bad and finally The Good.

Anyhow, I love how they move from scene to scene seamlessly and don't dwell and certain things - like how The Bad became a sergeant in the Union, or how easily he left said position to follow the gold. Handwave for the win.

$200k in gold fits into 8 sacks. The sacks looked heavy and gave me a good idea on how a strong large sack would look in an OSR game.

I do like the idea of finding a treasure buried in a cemetery. Makes note.

Tempted to make The Ugly, The Bad and The Good a series of adventure hooks and or NPCs as a regular series here on the blog. Damn notes.