Is Gareth Michael Skarka Writing for the Star Trek RPG Under a Pen Name? Will the Real Michael Brophy please stand up ;)

There was a huge push back when it was learned that Gareth Michal Skarka was brought on board to write for the new Star Trek RPG from Modiphius Entertainment. In response, Modiphius promised to announce the books that Gareth was contributing to.

So now we have this mess: 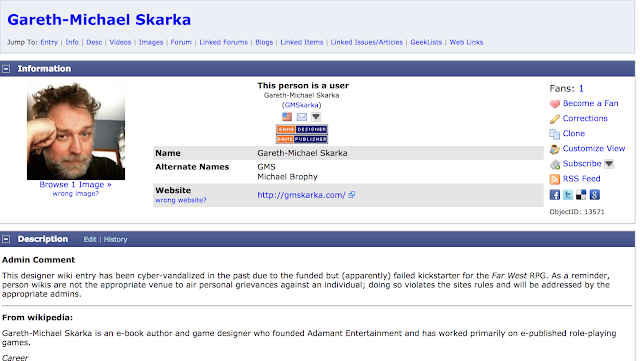 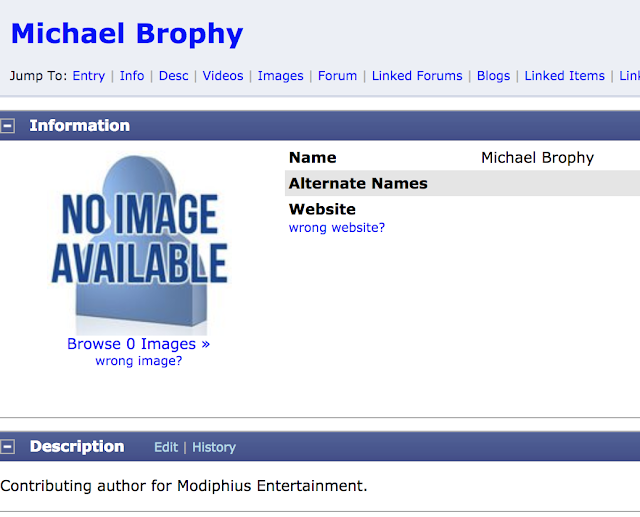 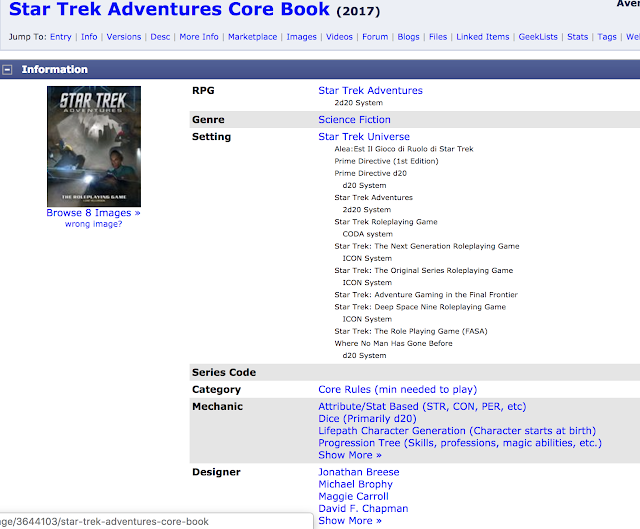 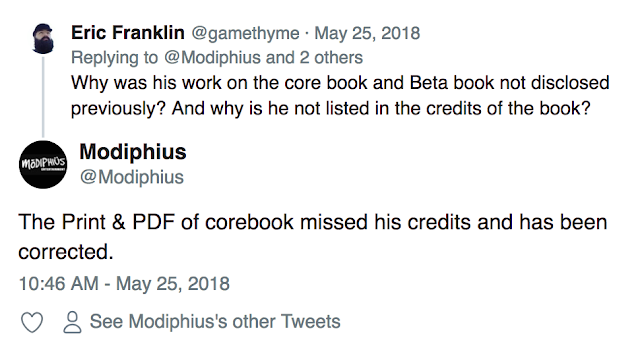 His credit is missing. It's there, under a different name. 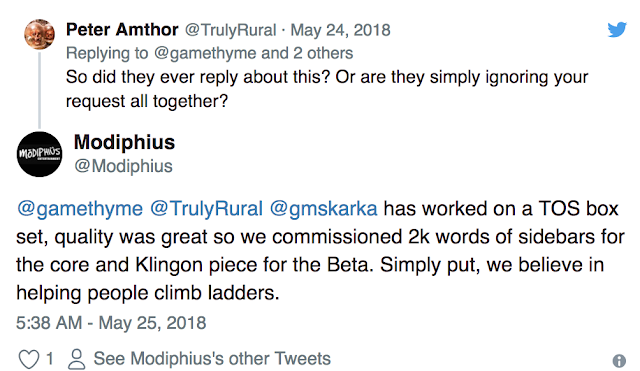 But initially, they said he wasn't involved with the core book: 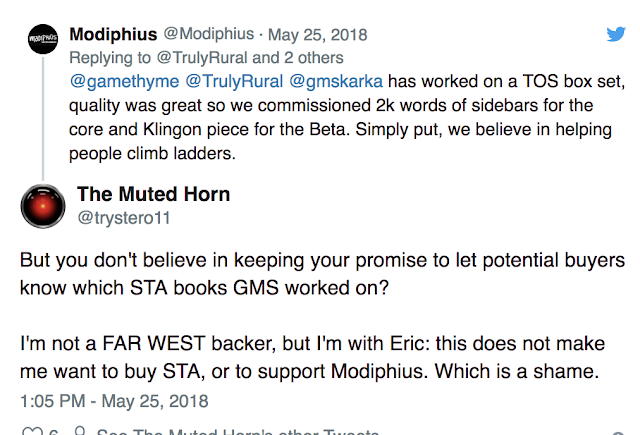 Let's peek closer, shall we? 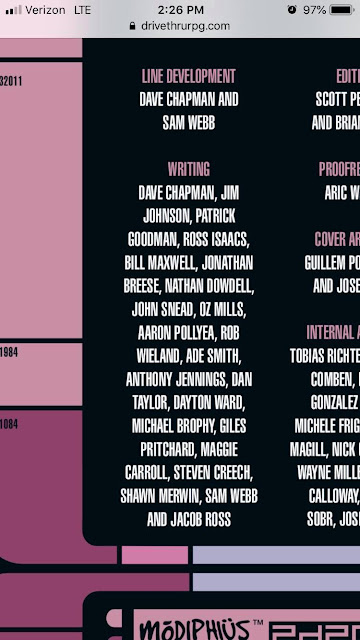 Sorry for all the screenshots, but it is what it is. Pictures speak in this case.

Now, IF Michal Brophy IS Gareth Michael Skarka, there was a slight of hands being performed on the buying public. Looking at the evidence above, I'd say that is most likely the case.

Kinda glad I never bought the Star Trek game at this point. Shame, I really like Star Trek.

Hey Gareth! When the next "do or die!" day for Far West?

Boardgame Geeks for the win ;)
Posted by Tenkar at 9:55 PM