Kickstarter - City of Brass: Epic Adventure for 5e and Swords and Wizardry

Words fail me. The City of Brass: Epic Adventure for 5e and Swords and Wizardry Kickstarter has some of the best art I've seen in ANY RPG project. No joke, It really sets a new high bar for Frog God Games, one they'll need to meet or exceed going forward, not an easy feat. 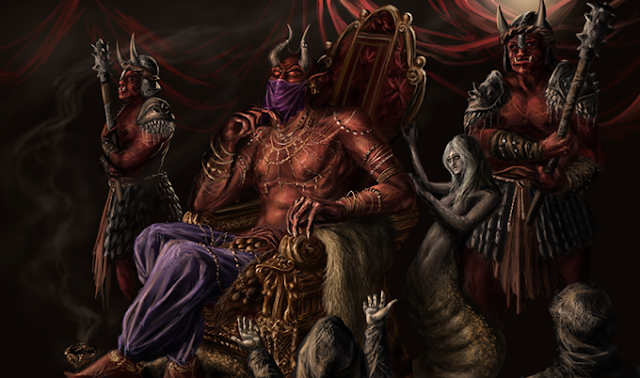 Now, how about the product itself?


Beginning with low-level challenges in the familiar confines of the Lost Lands, the adventure leads characters on a thrilling journey through multiple planes of existence culminating in the exploration of the City of Brass itself. The gleaming towers and floating platforms of the city hold terrors and wonders such as the Great Repository and the Minaret of Screams. Characters may choose to take a turn in the Circus of Pain, raid the floating Pyramid of Set, or join the resistance to the Sultan’s oppressive rule and lead an assault on the palace itself! A phoenix rises fully formed from the ashes of the past. The City of Brass is re-imagined for the new renaissance of fantasy role playing games, brought to you in the epic style of old school fantasy campaigns of yesteryear.

The original City of Brass was divided into 3 books and has been revised and reorganized throughout with 150,000 new words of adventures and material.

For a novel that's about 300 pages of new material. For an RPG book, no idea how that converts, but its a lot. 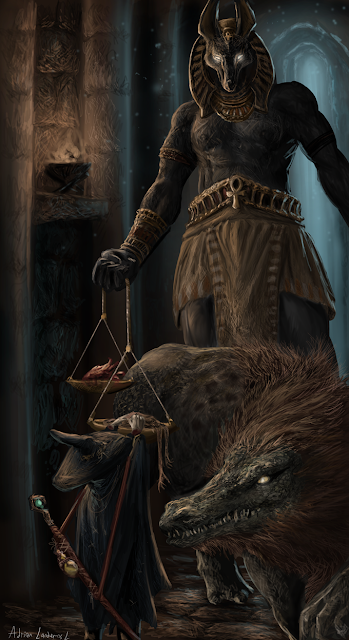 Note, there's no Pathfinder version for this. Paizo effectively killed the PF 1e market when they announced Pathfinder 2.0.

What's the sweet point to back at? Frog God releases are never cheap, but I'm in at 95 bucks. The book in Print plus PDF, a digital map and all stretch goals in digital format. Oh, and Swords & Wizardry of course ;) 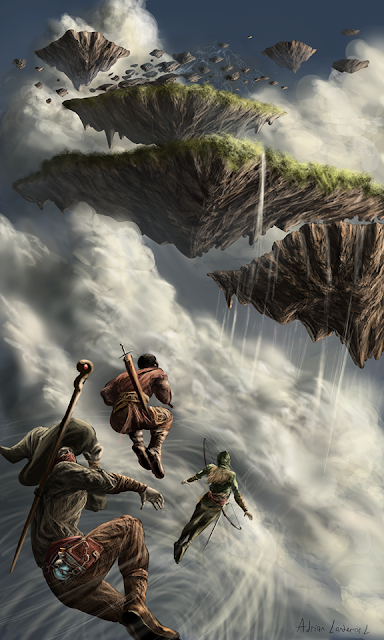 I think the Frogs need to put out a series of prints of select art from the new City of Brass. I'm totally serious. I'd buy in in a heartbeat.

FYI, I am a Frog God Associate. I swim in their pond and often work the Frog God Booth at select cons. I'm also a customer and this KS truly excites me. Not enough for a leather cover though. My wallet is a bit light right now...