Is There a Project Creator with more Abandoned / Failed Kickstarters than d20 Entertainment? 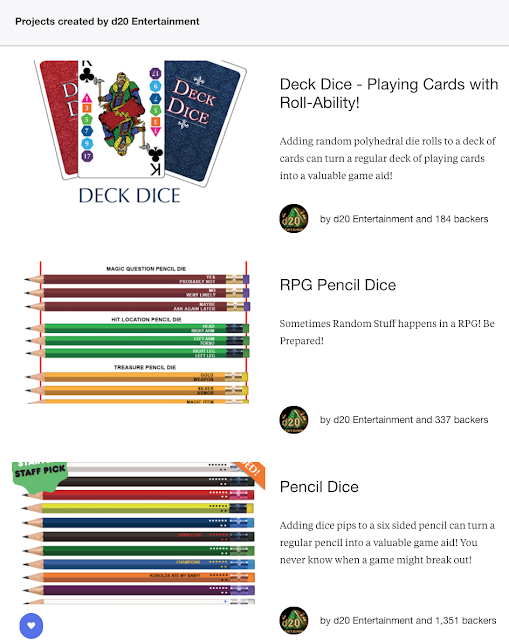 +Jolly Blackburn asked the following last night on Facebook and I thought I'd give the question some wings:


Someone brought up an interesting question a few moments ago. Anyone know of an individual or company with more abandoned/failed kickstarters than d20 Entertainment? (they have six failed projects and had two more readied to launch).

I can't think of anyone that comes close.

This is really a question about Kickstarter's ability (or inability) to get in front of project creators with so many red flags around them. 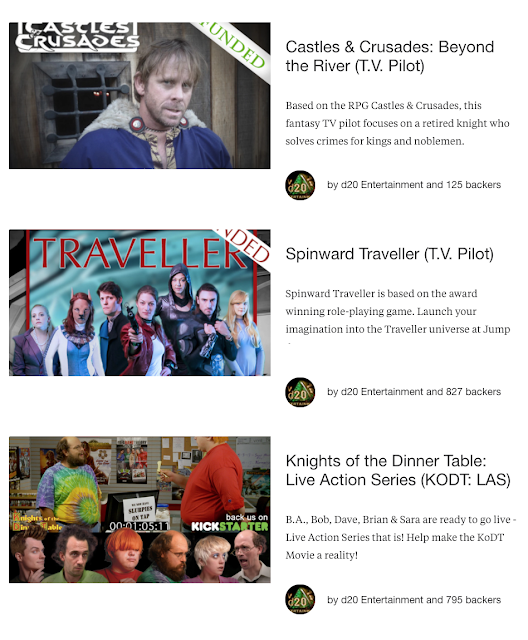 As I recall, there was a 7th Kickstarter that was quickly shut down by Kickstarter for "pop-omatic" dice, as Ken had the lead on a hoard of these sitting in a warehouse somewhere. Kickstarter shut it down as it wasn't funding something new or some such reason. The don't call him #conmanken for nothing ;)

Some quick recaps for the curious:

-Ken didn't want to wait too long for the monies to come in, thus going from 59 days to fund and gradually cutting to 30 days (with a 20 day in there for good measure)

-The last three projects overlapped in funding periods. Because, you know - the monies.

-Not one of these projects has completed, although some Traveller ship models have shipped. Some even shipped to backers.