Have You Ever used a Solar Eclipse as a Plot Device in an Adventure / Campaign? 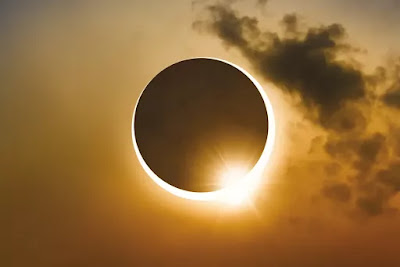 So, with today's eclipse over parts of the Continental U.S. today, it got me thinking - "who among us has used a solar eclipse as a plot device in an adventure / campaign?"

ry as hard as I might to remember, I don't ever recall using a solar - or even a lunar - eclipse as a plot device in gaming. That's a damn shame as there are so many superstitions associated with an eclipse.

Shit, simply think how much of the population might go blind by staring at an eclipsed sun and you could have numbing fear for the next time. That isnt even counting the "world is coming to an end" drama it often brought.

Have you used an eclipse as a plot device? Tell us if you have :)
Posted by Tenkar at 12:14 PM