Alright. I THINK there is a good Kickstarter behind this mess, but its going to take some sorting out.

First - You really need a better title for your Kickstarter than 400+ RPG Maps: Dozens of Themes! VTT, Digital & Printed. Believe it or not, KS is very much about branding, and there is literally no branding here. (note - see below)

Second - Video - I know some say every Kickstarter needs a video. This video is both WAY to long and the music is annoying as hell. Note - some people don't like techno. If I want a headache I can drink myself into one with something much more enjoyable. That being said, watch the video for about 30 seconds. I want my readers to share the pain ;) 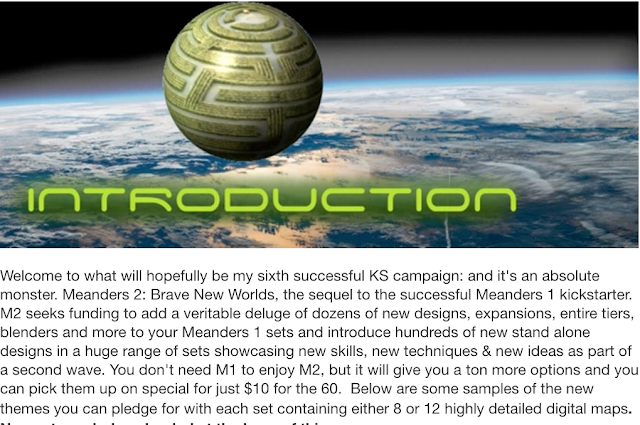 Third - Information overload - Yes, folks want to know what your KS is about. This is way too much info. I literally gave up after scrolling through less than a quarter of the page. The words became a blur. I don't have that much time to read a KS page.

Fourth - 25 Support Levels - WTF? Much like above - simply too much to digest.

Fifth - This applies to pretty much every Kickstarter - having a video is fine but it is not a graphic that blogs and other websites can easily use in a post. You really should have some splash art that looks good on its own that relates and identifies with your project.

Shit. I mean, there is some dame good looking tile art for a VTT here but there is simply too much to digest. Sometimes less truly is more and more isn't always better.

Perhaps someone with more patience can break this down into manageable bites...