Kickstarter - THIS DEFIANT EARTH: 1950s Sci-Fi Movie Roleplaying! (what it says on the tin) 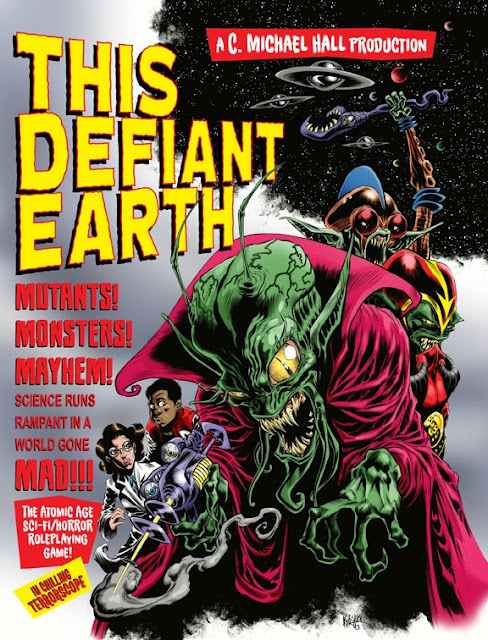 To be honest, I'm not sure if I'm going to back This Defiant Earth, but it certainly deserves a close look.

So, an RPG that is specifically made for that crazy style of 50s scifi certainly grabs my attention, as does the art. The author used to draw comics for a living and it shows. His art is perfect for the genre.


THIS DEFIANT EARTH is a roleplaying game set in a universe inspired by the popular imagination of the 1950s: an Atomic Age dreamscape as envisioned by television, cheap paperback novels, comic books, and above all, movies. In this world, the American Dream is alive and well, but threatened by monsters from the deep recesses of the Earth, alien flying saucers, and sinister foreign agents pledged to destabilize the American way of life with super-advanced technology. Players take on the roles of America's noble defenders in these thrilling but dangerous times! It's up to you, dear reader, to stop the horde of gargantuan ants before they establish a colony in the heart of New York City. It's up to you to thwart the sinister plans of Kro-Gar, the conqueror from space. You will test-pilot rockets, fight monsters, challenge unknown landscapes, and make the world safe for freedom and democracy. You will stand a champion of…THIS DEFIANT EARTH! 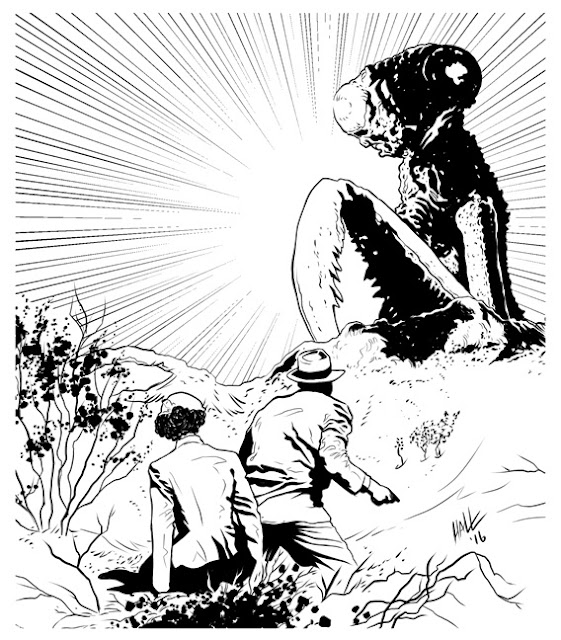 THIS DEFIANT EARTH is rules-lite, so it's easy to learn and play. At the heart of the game's mechanics is a simple task resolution system based on rolling a pool of six-sided dice and counting the number of fives and sixes rolled. Each five or six is a success; match or exceed the required number of successes, and your action succeeds. Roll too few successes, and your action fails. It's as simple as that! There are some other variables to consider, of course--mostly situational modifiers--but those are the basics.

This Defiant Earth has met its minimum funding goal with 18 days left to go, so it should hit some stretch goals. I really like the concept, I just don't think my group would actually play it.