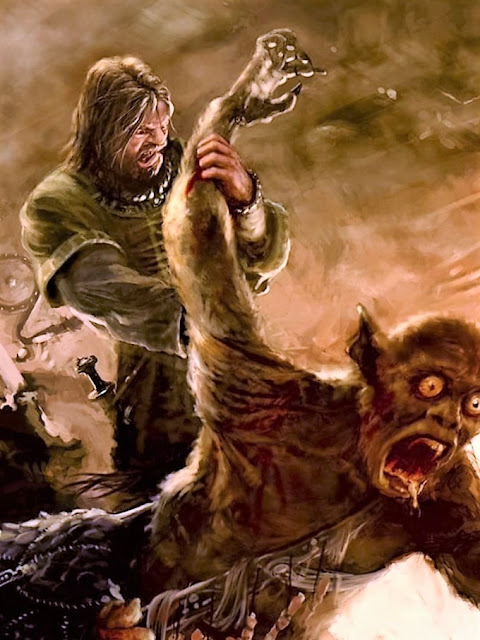 Before I talk about the Dungeon Grappling RPG Supplement Kickstarter, let me talk about the man behind the project, +Douglas Cole . I've known Doug for a couple of years. I was one of his earlier Youtube interviews (my God, I actually spoke favorably about Ken Whitman in that piece). Additionally, Doug was one of the key members of my "B-Team" adventuring party, a once a month, more or less, delving of Castle of the Mad Archmage. He is also well known as a bit of a GURPS fanatic (and I can say that as a solid Swords & Wizardry fanatic myself.) Doug is one of the more meticulous gamers I know, and I mean that is a good way. I fully expect any project he is involved in to hit the goal post and the some.

I came into gaming with the AD&D 1e rules. If you care to think back on that edition of Dungeons & Dragons, you will remember that the unarmed combat / grappling rules were an unintelligible mess. We never used them. We couldn't make heads or tails from them. If my players wanted to go weaponless, I used to tell them they should have made a Monk instead.

Doug was kind enough to forward me the current rough of Dungeon Grappling. I haven't had time to give it more than a quick glance, but what I have looked at looks good. He even addresses rulesets with descending AC. I'll give this a closer look over the coming week.

Did I mention the buy in is just 5 bucks? Seriously. Currently PDF only, 5 bucks to solve my RPG grappling issues that have dogged me for the last 33 years or so? Priceless...
Posted by Tenkar at 3:18 PM