Other World Mapping - Playing With the Different Styles 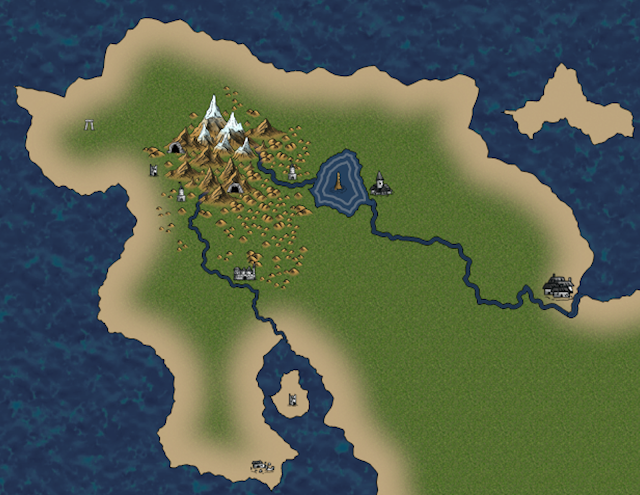 Yeah, you might be getting a couple of posts a week on my playing around with the Other World Mapper at this point. So much to play with, so much to learn.

In any case, I spent a little time last night playing around with the above, which is a smaller part of the piece below (obviously not complete).

I like the idea of only needing to detail the part of the sandbox you players will be interesting with sooner that later, and adding in further details down the line. If I used this in play, the players would start by the lake, at the town on the eastern shore. You have the island in the middle of the lake to explore, goblins and gnolls in the hills, a dungeon not far off to the west, ruins to the south and west - yeah, lots of hooks there for the taking.

The nearest true city is east at the mouth of the norther river. As for what lies to the east...

Fun stuff in any cast. Pretty amazing what you can put together in less than an hour's time.
Posted by Tenkar at 7:22 AM

Email ThisBlogThis!Share to TwitterShare to FacebookShare to Pinterest
Labels: mapping, other world mapper