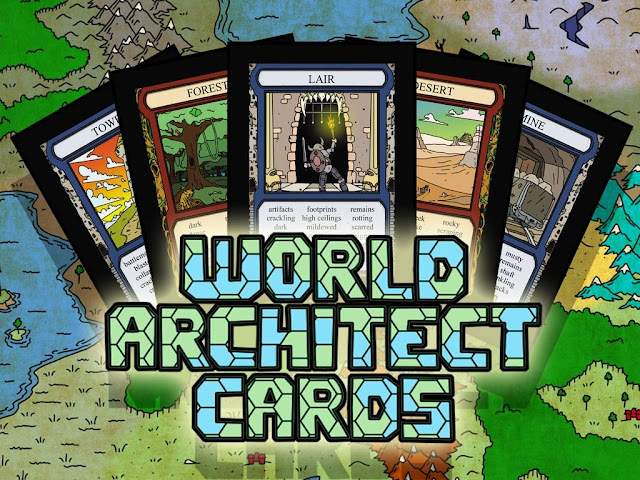 If it seems like I'm on a Kickstarter "kick", I very well might be. This isn't a planned post however, as I just stumbled across the announcement in my email when I woke up. I've enjoyed everything that +Far Away Land RPG (Dirk Stanley) has released, and I expect nothing less from the World Architect Cards Kickstarter.

Really, it looks like a great tool for a DM that likes to sandbox. What's in the next hex? Let me pull out a card. I've got graphics, descriptor words and even a random weather table on the bottom of the card.

How does this actually work?


Each card has an image of an overworld map location (like a forest, mountain, desert, etc.) on the front and back of the card. Cards are chosen at random to create map locations. Each location has a series of descriptors to describe the location. The location is then drawn on a piece of paper and described. The map maker continues to draw cards and create locations. Other cards in the deck can be used to describe specific locations within a map (like a mine, temple, bridge, etc.). These cards also feature a series of descriptors to inspire the map maker and easily describe the location. The goal of the World Architect Cards is to take the guesswork and time out of creating a map from scratch. 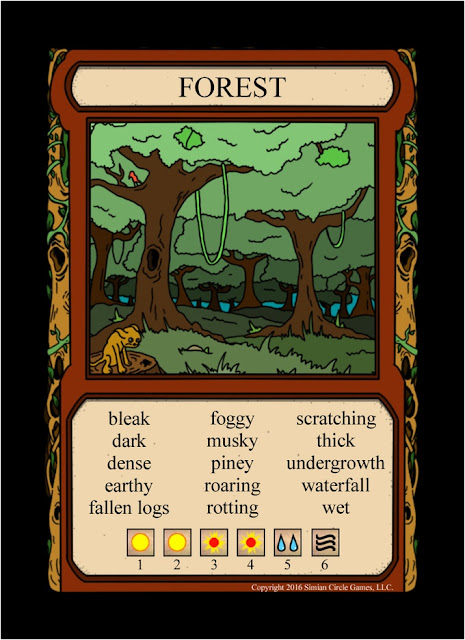 I'd really love to run a campaign using the 2 decks and something simple like White Box or Far Away Lands itself. Maybe this summer...