Kickstarter - Calidar "Beyond the Skies" 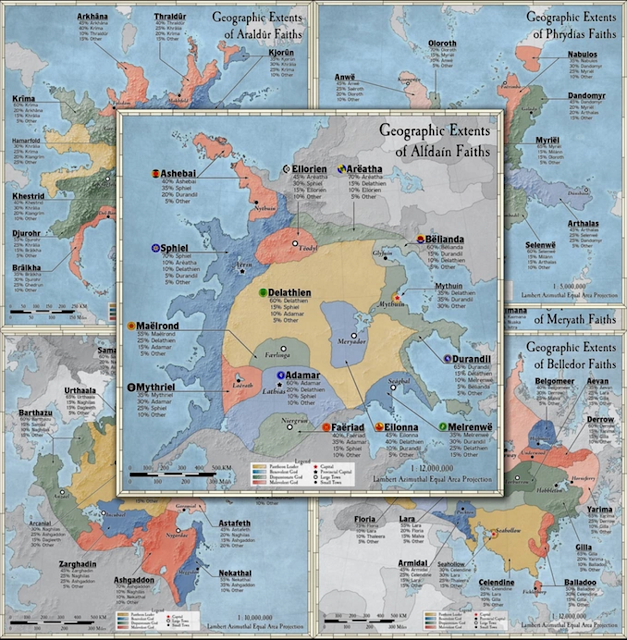 Back in the heyday of Dragon Magazine, one of my favorite reoccurring features was The Princess Ark series by +Bruce Heard . It was fiction, but such game-able fiction, that along with the actual game rule bits, inspired my imagination as a DM for years to come. Heck, it's one of the main reasons I want to work on a White Star / White Box mashup. Yes, the airships :)

+Bruce Heard has been working hard on the World of Calidar, a fantasy world of his own design with - airships. I'm ready to swoon like a school girl in a bad 50's movie. Anyhow, Beyond the Skies is the 2nd in the Calidar series (In Stranger Skies was the first and presented the world) and presents the gods, their cults and the special powers their followers can earn. Temple maps. Other goodies as described here. Bruce has done a pretty good job in the past keeping the crunchy parts minimal (thereby making conversion to the system of your choice fairly simple) and I expect much of the same from Beyond the Skies.

Of course, you can always add the first book, In Stranger Skies, to your pledge. $6 in PDF ($10 if you just want to snag a copy on RPGNow)

Alright, all this makes me want to reread the fiction from In Stranger Skies. Maybe tonight at work. In between phone calls. Shhhs! Don't blow up my spot!