A Red & Pleasant Land Wins 2 Gold, 2 Silver @ the ENNies and I Find Myself Agreeing With the RPG Pundit 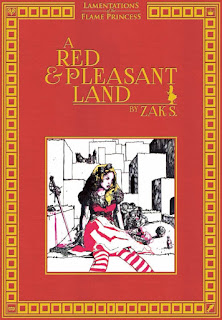 +Kasimir Urbanski points out on his blog that Zak's own math showed that winning was an impossibility if folks only voted on what they had actually read.

+Joseph Bloch said it best tho'. Wearing a "Zak S Saved D&D" t-shirt to a con with Cam Banks, Fred Hicks and the other SJWs in attendance might just be entertaining if only for their reactions. Shame they are fairly irrelevant. Or maybe that's a good thing.

Email ThisBlogThis!Share to TwitterShare to FacebookShare to Pinterest
Labels: ennies