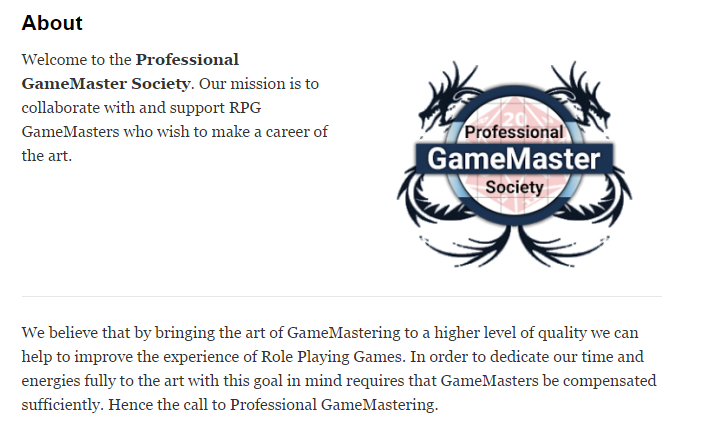 I've be real quiet listening from the basement, eating scraps of information from between the floor boards.

Nothing was worth talking about, or freaking out about...

Before I more further on this, I'd like to say...

There is nothing wrong with wanting to make a career out of your hobby, lots of people attempt to do it. Especially in our little hobby of gaming, people attempt to write modules and try to sell them, which is perfectly fine.

Some folks go a step further and create podcasts for their favorite game, Like:

I can go on and on, but what really burns my ass is something that was tried by Wizards of the Coast way back in the D&D 3.X era days, just slightly different.

What's so bad you say?

Well let me tell you.

Who the hell do they think they are, saying they are the leading authority on being a GM? Who they hell are they to have the nerve to CHARGE people to play a game that we've all been playing for years, taking advantage of the fact that certain people crave this type of shit.

They want to encourage a GM to charge per person, per game for them to run a game online or in person?

Because they are a professional Certified GM, and this is their living?

Well FUCK YOU for trying to make a buck because you can't figure out how to do anything else in our hobby, but PRAY ON new folks trying to get into the hobby and folks that don't have confidence in running games.

Oh yeah, did I forget? They are going to hold classes to teach you HOW TO BE A BETTER GM AND LIST THIS IN YOUR GAME POSTING SO PEOPLE WILL SAY, "Hey I'm a stupid fucking idiot, I should sign up because this douche is charging $10 a game, and he is certified!"

Stand with me and keep the hobby how it should be, FREE and passed down between friends, family and even strangers.