The latest (and probably last) update from Josh - yes, backer only but as the project is dead, I'm sharing it - submitted without further comment: 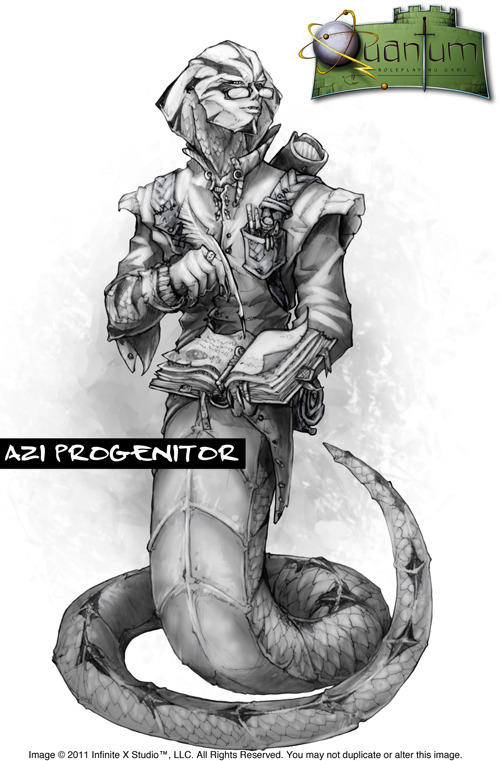 Project Update #83: I Don't Even Know What to Title This
Backer_white For backers only Posted by Joshua Frost ♥ Like

I've spend the better part of the last 8 months trying to decide how to write this post. I'm just going to say it:

This project is dead. For now. Possibly forever.

I've spent the better part of the last two years trying not to throw anyone under the bus regarding the project's tardiness. I've been non-specific about details, taken the blame for it, watched people compliment the reason the project was late and is now dead as being a hard worker while I'm some asshole slacker.

Now, I haven't been perfect. I've made key mistakes--mistakes born of inexperience running an entire company and mistakes of trust.

I built an amazing business plan and budget with the help of a non-profit in Seattle that does just that for new small businesses. I hired what I thought were the right people, and for the most part, they were. Though there were complaints, we released the Beta on a timeline I was comfortable with.

And that's where the problems broke the company.

See, Hugo Solis has a problem with deadlines. I noticed it before the Beta, but since we didn't need everything done by the Beta for the final book, I let it slide. Around July 2012 I informed Hugo that I absolutely, positively, needed all of the art for the book done by September 1, 2012. The Beta was releasing in August 2012 and the business plan and budget I'd developed with the help of Community Capital Development in Seattle said I had some wiggle room, but if I didn't have the book off to the presses by October 1, 2012, I was going to be in some real trouble.

Hugo informed me around the end of July that he would have everything done by September 1, 2012. He even created a handy little graphic of an August calendar that showed everything he would finish and when it would be finished by. This was about the time I started saying the following: "I need the full color world map done first. It'll take at least a week to edit it in Photoshop to add tags, borders, country names, etc. I can't get that last."

To this day, I still don't have that map.

Hugo spent August 2012 working on his free frog PDF that he made available on my previous employer's website. I spent August 2012 freaking the fuck out and constantly badgering him over and over and over for the art he promised. When September 1 blew by with only a very small percentage of the remaining art completed, I knew Infinite X Studio was in real trouble.

So I did the dumbest thing I've ever done: I started a new Kickstarter hoping it would generate the revenue I needed to finish project #1, probably with a new bunch of artists rather than one single artist, from which I would use the proceeds to finish project #2. You know, the TSR model. And that worked really well for TSR.

Thank all the gods ever created that Kickstarter failed. That would have been a fucking disaster.

After that Kickstarter failed, I generated new budgets and a new business plan and spent a few months pitching the project to anyone I knew who had money and would be willing to buy a piece of the company to help me get over the hump and finish the book. While I was doing this, I was also pushing Hugo quite frequently to finish the fucking art already. I received numerous promises of completion, numerous excuses for the lack of completion, and aged about 15 years in a single season.

Sometime around May-ish 2013, a hard look at my family's finances made it very clear to me that I wasn't going to sustain not having a job or even having a company for much longer. One of the additional downsides to blowing the budget and business plan to pieces was that I couldn't even afford to renew the LLC in fall 2012. This meant that, for all intents and purposes, Infinite X Studio ceased to exist then. I hoped I would be able to find away around that and I did not.

This was about the time I fired Hugo.

I then set about pitching the project to every artist I could find and afford. Guess what those artists wouldn't do? Create art without being paid up front! Do I blame them? Hell no! I paid Hugo 50% up front. Will I ever do that again? Hell no. Of course, that presupposes I ever try to create something like Infinite X Studio again and, at this point, that seems highly unlikely.

In August 2013, reality finally broke my little bubble and I realized I needed a fucking job.

So I started working part time as an admin at a sporting goods store. For those of you who fucking hate me right now, feel vindicated that I now have a horrible, demeaning job well below my talents and job experience. Hurray me.

Even after starting the admin job in September 2013, I continued pushing for more art and trying to balance a new life schedule around work. And then in early November 2013, I lost all the steam I'd built. Lacking money, any new art in months (and definitely no fucking sign of the largest part of the entire project, the full color world map), I focussed on work and the family and decided I was done with marketing, business, the hobby gaming industry, the Internet, Facebook, and 99% of all forms of communication. In January of this year, I began the process of wracking up massive debt (hurray America!) to return to school and get a degree in something I'd come to love in the past 10 years that would keep me as far away from the hobby industry as possible: Physics. So for those of you who fucking hate me--sorry, that's actually going pretty okay right now.

Now you have the history. Now you have my frustrations. I've endeavored to present them in a way that's void of marketing speak and bullshit reality dodging. I'm sure I've left out a few things here or there, but the story is the simplest version I could write.

So here's the deal:

Technically (and quite legally, in fact), this project died when the LLC died. I still want to finish this thing, but in order to do so, I would need money to start a new LLC (the smallest cost) and money to hire an artist or seven to finish the project (the largest cost). For all his professing that there's quote, "Art just laying around" waiting for me, there's absolutely nothing in the past two years that leads me to believe this is in anyway true whatsoever. And, on the small chance I'm wrong and it is true, there's zero trust remaining between myself and Hugo Solis. Hiring him for this project, despite his obvious and incredible talent, was the biggest mistake I've ever made in my professional career.

While there may be future updates and while there's a slim--oh so slim--chance a miracle might happen and money might fall out of my ass, you should assume there will be no further updates from me. The project is dead, no longer has a timeline, and has no plans to resume.

Unless, like I said, money falls out of my ass.