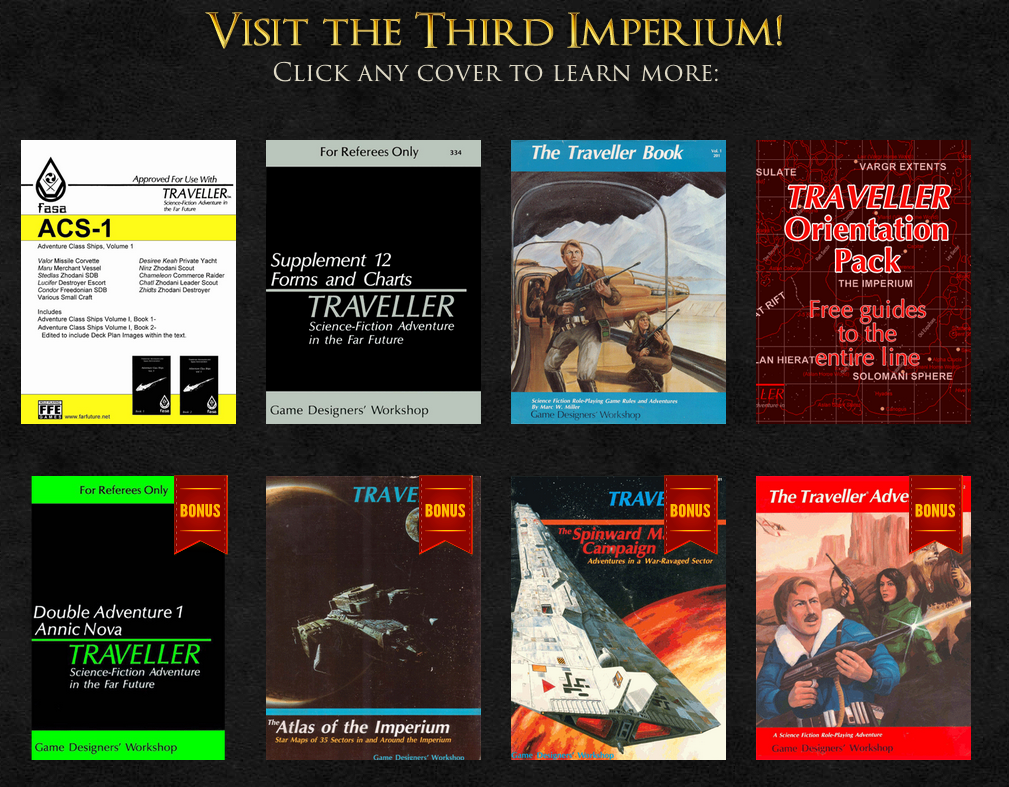 Yeah, there is Mongoose traveller, which is OGL, but can you DIE during character generation in Mongoose Traveller? I don't think so.

Then there is Traveller5, which I don't think anyone without an engineering degree can understand, and they'll be the ones saying "this shit makes no sense!"

Or you can go back to the original. Plain old Traveller. Where men were men, and often died before they got to experience the first game session.

Totally old school. Totally fun. I'm totally in, as I have the rules and the class books, but little in the way of campaign material.

I'm just thankful it's not the traveller New Age crap ;)

Grab your Bundle of Traveller here.
Posted by Tenkar at 7:53 PM