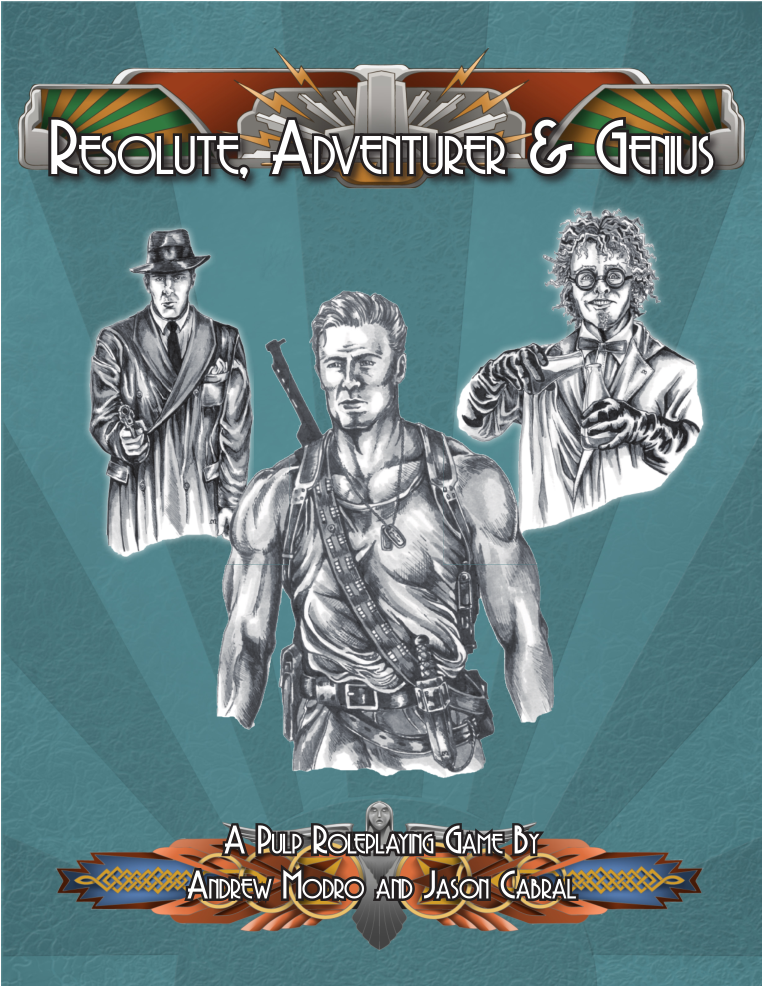 How well does it do it?  Pretty well for a book that is just 36 pages long.  The original system is tweaked a bit, but it is still largely compatible.

I'd say the largest omission is the lack of a sample adventure, no matter how short.  The vast majority of roleplayers cut their teeth on fantasy and sci-fi, and have probably played other fantasy RPGs before finding the indi press stuff, but the same can't be said for the pulp genre.

Still, I'm complaining about a very well written and free RPG game not including something that is generally thought of as being optional, so I'll stop.  Besides, if you want pulp source materials for your RPG, Adamant Publishing has everything it sells for 1.99 a pop, and it's well stocked on pulp.
Posted by Tenkar at 1:32 PM