How Would You Build a Game Room? 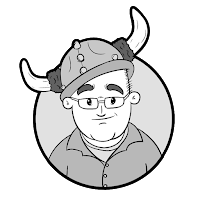 Confession Nobody Cares About: I've never had a dedicated gaming space, much less a bonafide game room.

In the past I either gamed outside of the home (conventions, friend's houses, or...for a stint...at the local State University) or I had a setup that was flexible enough to pull out when needed and easy enough to set aside when not. The heart of my setup was a HUGE tabletop that was a bit bigger than 4' x 8'. Originally that table was in two pieces, and fit tightly on top of another table I had. There was a big grid marked on top, underneath quite a few layers of brush on Varathane. Never did use that grid, so adding one was a waste of time.

Now that I'm half a country away in my it's-only-me space, I get to have a game "room". It's an odd space as the room is only two walls, just off of and open to both the kitchen and living room. It has a decent amount of light and the only real downsides, if you want to call it that, would be the crappy ceiling light and a fireplace. I'm already in the process of replacing the light with a ceiling fan. The fireplace technically isn't a bad thing, but I'd rather have the usable wall space....so essentially I only have the one wall. 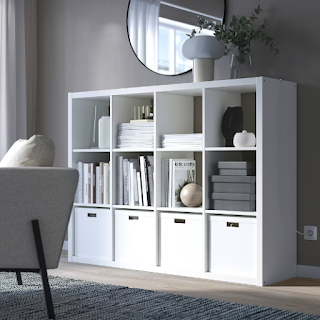 Originally I had planned on taking the one good wall and putting in floor-to-ceiling shelving units. I only have just under 12" between that wall  and the beginning of the fireplace and I did find some nice Ikea units that would fit....assuming that they were ever restocked. Over the course of 6 months and three Ikeas I couldn't get anything, so I'm flexing. I picked up a couple of 4x3 Kallax units that will serve as my shelving. I'm going to put some  picture hanging shelves above the units and a small GM desk in between them, eventually. I'm hoping there will be room to keep my arcade cabinet in that space.......it can be more than one type of gaming room.

I think I should have enough shelving space for enough of my minis and terrain. I have an idea that'll give me some more space......a big-assed digital gaming table. I have a rather large big-screen TV that was donated (not by me) to the cause and I'll have to build in into something decent that will seat enough 6 players and the GM comfortably. I already have some secondary computer and screens setup for the players to use, but laptops are still an option.

Most of my gaming...decor? Is spread throughout the house, mostly because I can, but with the picture shelves I can rotate through different art pieces and I'm hoping there will be enough room to display a big game world map. I have a couple of world maps already printed, and at least one framed, but that's assuming I get to actually use any of them....

I've already got my speakers picked up and I'm seriously considering putting in a projector mount, but that's about it.....

Now if you were able to plan out your own game room, assuming you haven't done it before....actually especially if you've done it before ('cause you'd know what you'd change)...what is a must-include?

Posted by Christopher Stogdill at 7:09 PM