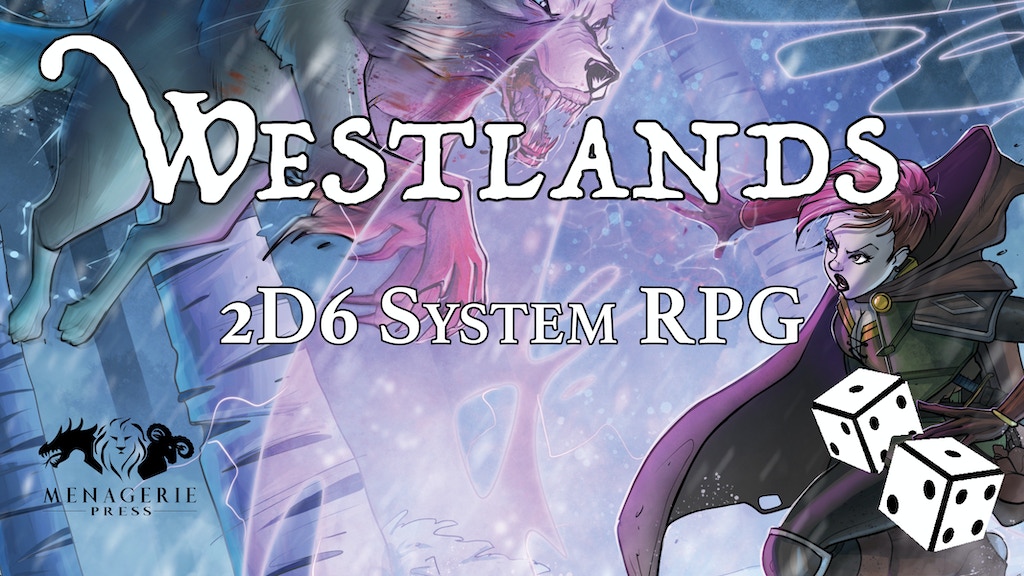 We're creating Westlands, a 2D6 system sword and sorcery RPG. Get the core book for $1.

Well, it looks like someone is taking a page from the Phil Reed school of Kickstarters. If you price your project cheaply, it will sell.

I am not sure Westlands has reached the critical mass that many of Phil's Kickstarters have, but I'm willing to throw in a buck for a game based on the Traveller OGL.

Westlands, a 2D6 System RPG Core Book Kickstarter can be backed for as low as a buck. You can kick in more if you would like to, but a single buck is all you need.

Menagerie Press is creating Westlands, a 2D6-based fantasy RPG with streamlined mechanics based on the Sword of Cepheus open game license system reference document. The 2D6 fantasy system (Traveller, Sword of Cepheus) has a true sword and sorcery feel, allowing exploration and adventure in a savage land. Action resolution is quick, putting an emphasis on story, not rules.

The name Westlands is a nod to the West Marches RPG campaign style, which is a much more free-form, adventure-seeking campaign where the players decide their motivations and goals, rather than being directed via the game master.