Caravan! - A Critical Look - Part 1 - Nepotism in the Hex Crawl 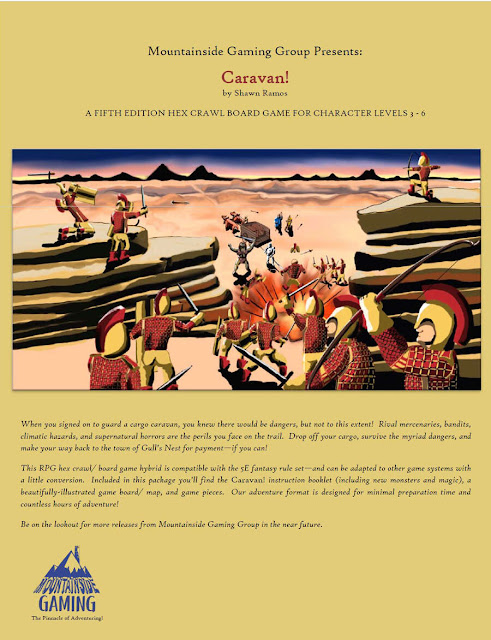 Alright, the feedback was overwhelmingly in favor of me plopping down the 15 bucks required to acquire a PDF copy of Caravan!, an "RPG hex crawl/ board game hybrid" that "is compatible with the 5E fantasy rule set".

Now, the initial comments and reviews for Caravan! were surprising, not just in their timing (same day of release and two days after release) but for the price point. 15 bucks for a 24 page PDF release is certainly on the steep side, and to see four different people respond so favorably to such an expensive release in so short a time certainly raised my suspicions.

Here are the first two comments on the Caravan! sales page: 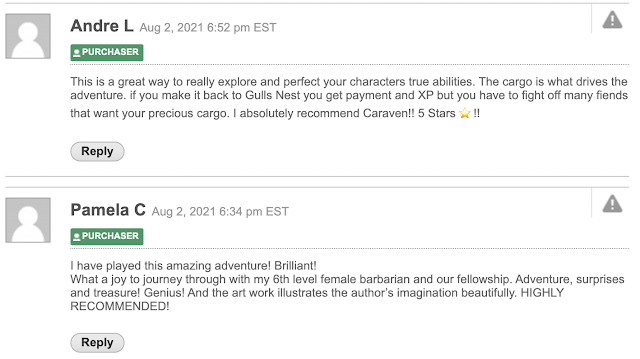 Literally gushing! Time to do some detective work...

Andre L is likely Andre Lahr and Pamela C is likely Pamela Cartaya. Both are playtesters, and Pamela C indicates she already played though the adventure on the day of release. But, it isn't really an adventure, its a board-game using the 5e engine. We'll address that with a later post.

Note that DTRPG indicates both were "purchasers", but my understanding is that "purchaser" includes comped copies. Please correct me if I am wrong.

So, what about the two 5 Star reviews? 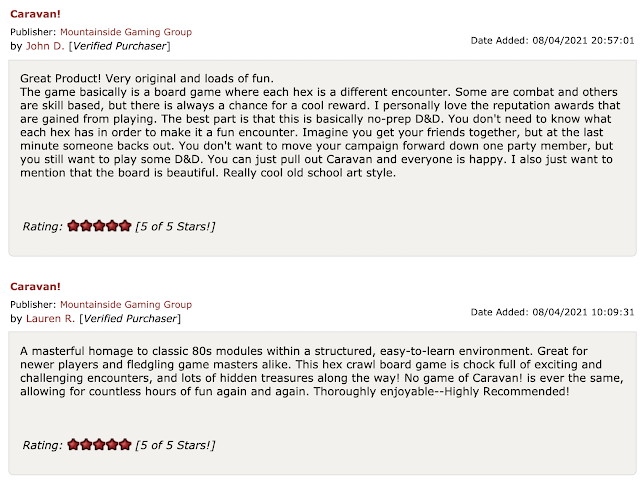 These reviews are awesome. John D hits the mark where he says that Caravan! is basically a board game. Lauren R calls it a "masterful homage to classic 80s modules". I don't think she has played any, let alone read any, 80s modules, but I digress.
Now, who could John D and Lauren R possibly be? Let us dig a bit deeper... 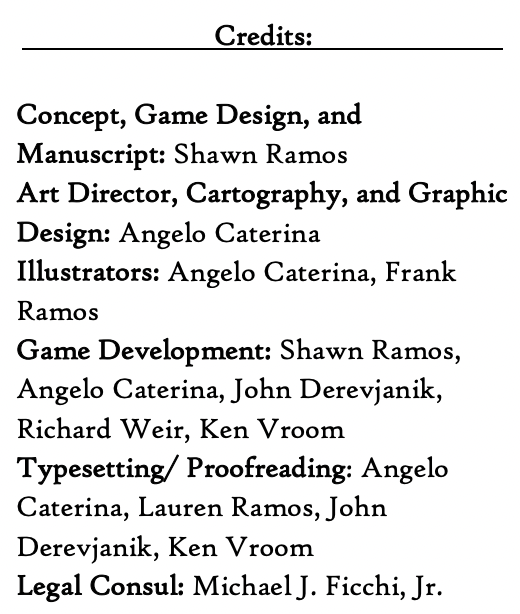 John D is likely John Derevjanik, who is has both Game Development and Typesetting/ Proofreading Credits as well as being a playtester.

Lauren R is likely Lauren Ramos, credited with Typesetting/ Proofreading and also as a playtester. Lauren is also mentioned in the dedication, and shares a last name with the author. 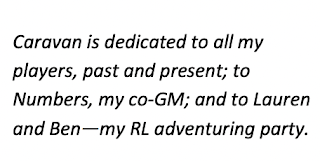 Now, Caravan! has listed a Legal Consul, something I don't recall reading on any other gaming release, but I could be wrong.
I can not say with any certainty (at least in the legal sense) that what appears to be nepotism in the review process of Caravan! is definitely nepotism. It's possible, although unlikely, that the similar names are just that. But the appearance of nepotism is certainly distasteful. If the reviewers WERE play-testers (and in some case, credited for working on the project), such should have been disclosed and it feels deceptive if it were omitted.
In the next day or so, I'll return with an actual review of Caravan! It is certainly NOT a hex-crawl as we know it in the OSR.