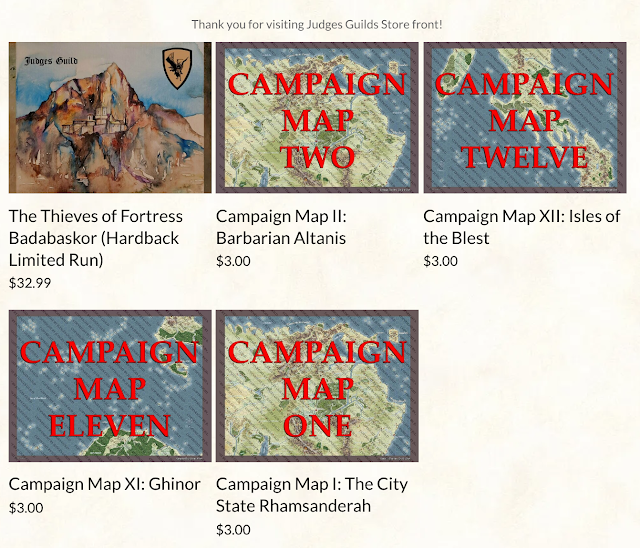 Ah, the fiasco best known as the CSIO Kickstarter by Judges Guild. Misspent monies, mismanagement, and other stupidity all were blamed on Bob III. Well, guess what? The current "fuck you" is from Bob II.

Only one map has been released to backers by Judges Guild - Map1. If you want maps II, XI or XII expect to pay Bob II for the privilege.