Yes, another Humble Bundle RPG Book Bundle (yesterday was Adventures in Middle Earth for 5e). This bundle, Humble RPG Book Bundle: Pathfinder Lost Omens Lore Archive by Paizo has less than 48 hours left in it and it has a HUGE amount of fluff in it. Yes, Paizo is defined by Pathfinder 1e (which is the system for all of these) but they are also well known for their setting - Golartian - which is thought of as one of the better fantasy settings in the Post Old School gaming era.

Besides, if you are an Old School Gamer, converting from Pathfinder to Old School simply means ignoring a bunch of stat blocks anyway ;) 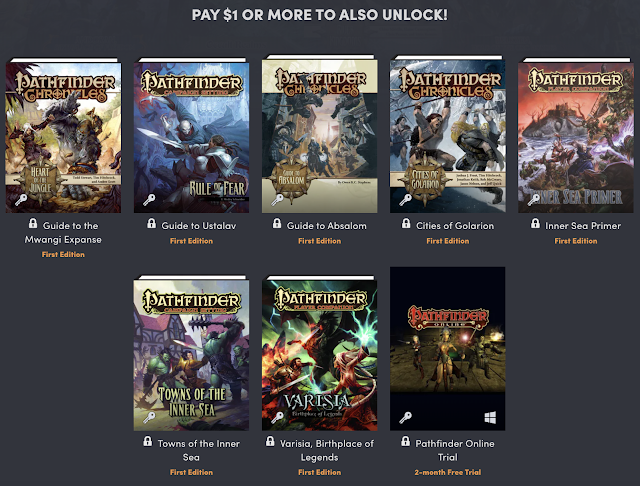 For a buck do you even need to think? 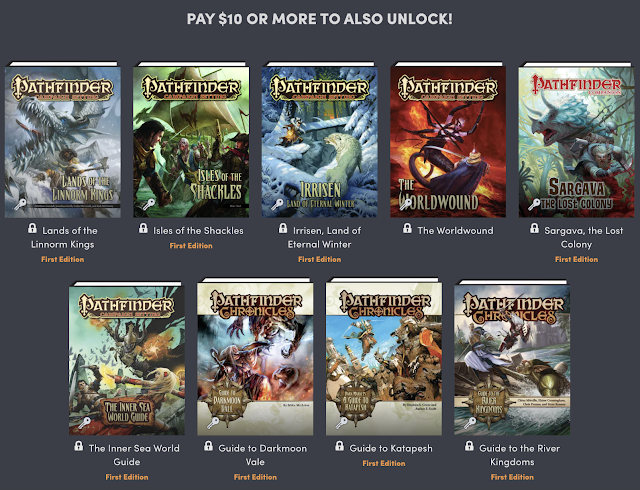 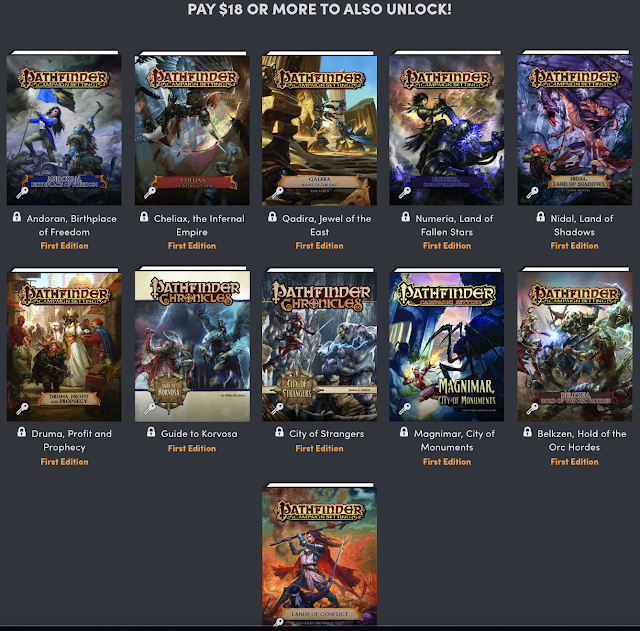 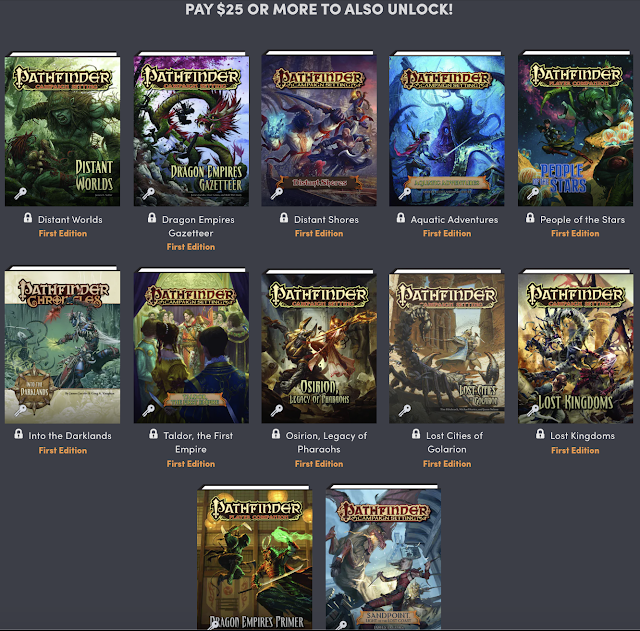 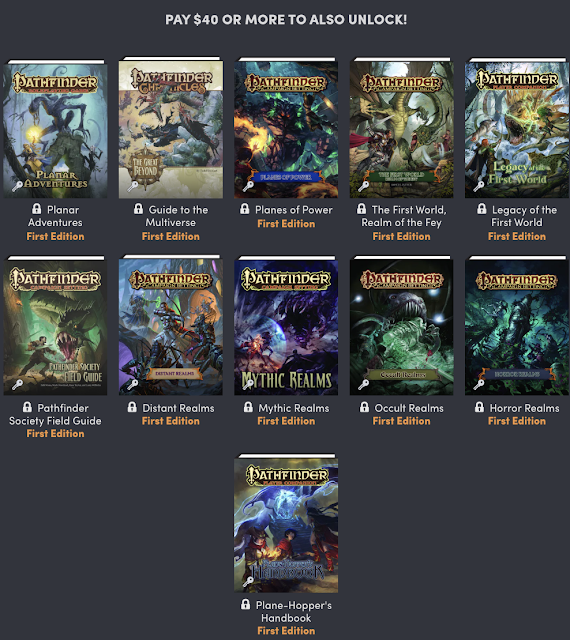 Again, less than 48 hours left to pick up this Humble RPG Book Bundle. Yes, that's an affiliate link above. Affiliate links keep the taps flowing and the beer cold here at The Tavern.

OSR Christmas Day 3 will be up later tonight or tomorrow. Sorry for the delay. Life has gotten busy and some of these recent posts are time-sensitive.
Posted by Tenkar at 7:33 PM