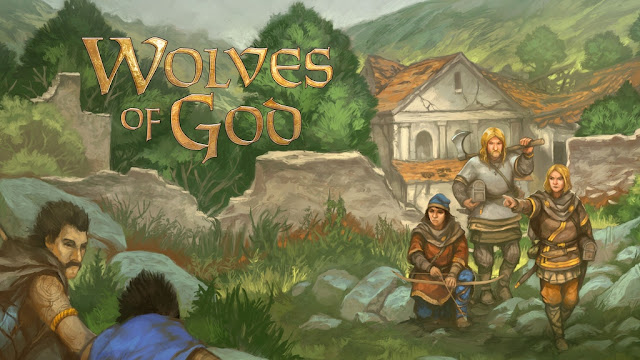 The Wolves of God: Adventures in Dark Ages England Kickstarter is Kevin's latest release, and yes, it looks damn good. Dark Ages England is an excellent choice of setting and I'm looking forward to having this project in hand.


Embrace the savage darkness of post-Roman Britain with Wolves of God, a semi-historical tabletop RPG from the creator of Stars Without Number, Godbound, Scarlet Heroes, and other best-selling role-playing games.

It is the year 710 of our Lord as brother Bede reckons it. The barbaric English have long since swept over Britain, their passage shrouded by the smoke of burning cities. For six generations they have been masters of the best part of the island, driving the native Britons before them with bloody iron or taking them as thralls and subjects, until the wretched heirs of the Roman kings can have refuge only in the western mountains or the cold northern lands. The magnificent Roman cities of old have been thrown down, the roads have grown wild and perilous, and even the kings of the English must live in thatched wooden halls and ride from one royal villa to the next merely to feed their companions. It is an age of darkness, poverty, and unsleeping war.

Four generations ago the English turned Christian under the ministrations of Roman missionaries and Irish monks. Scattered across their untamed lands are the minsters of these clergy, strongholds of learning and Roman civilization against the hard ways of the English tribes. Only in the minsters can stone buildings be found, with windows of glass and artisan-monks fashioning wonders to adorn their altars and reward the generosity of great lords. Brave abbots and wise abbesses rule these strongholds, always seeking to lift their kinsmen from their cruel ways and iniquities, and always in need of strong heroes to help them in their work. 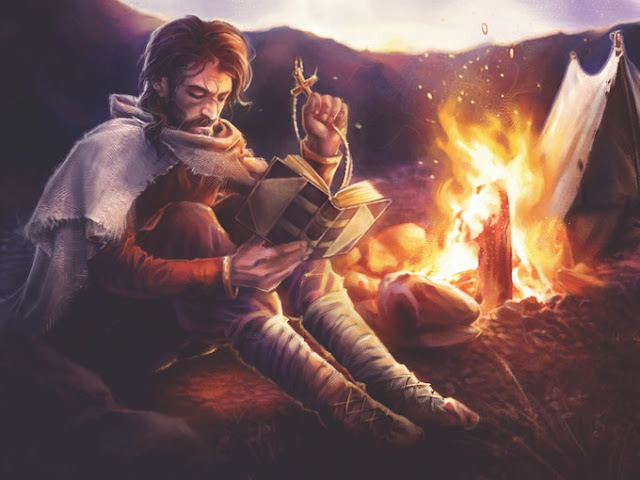 Yet there are worse things in the dark than raiding warbands and embittered pagan remnants. The Roman sorcerers, the Artifexes of old, carved cysts into the world where they and their slaves could hide from the fury of the English. These Arxes were sealed until help could come, but help never did; now they canker and rot, old magic gone sour and strange, and those that dwell within them have been terribly changed. The Arxes burst open within the fallen Roman cities, monstrous beasts and twisted men going forth to scourge the innocent and take revenge for the crime of their conquest. The minsters stand fast against their diabolic power, but the abbots and lords need brave heroes to venture into the cities and purge these Arxes of evil before they can swell greater still.

You are one such hero. Whether a spear-wise gesith, a young ceorl of broad back and stout heart, a wild-eyed waelcyrige-maiden of battle, a charm-muttering galdorman, or even a blessed and pious saint, your ambition is to earn a deathless name of glory and an honored place among your people. Whether offering your aid to warring lords, plundering the riches of fallen Roman cities, delving the dark halls of a festering Arx, or acting as agents of some cunning abbot, you will dare great deeds with your brave warband of companions and win yourself a place in the songs of kings… or a nameless grave in some blighted earth.

I'm probably going in for 60 bucks.