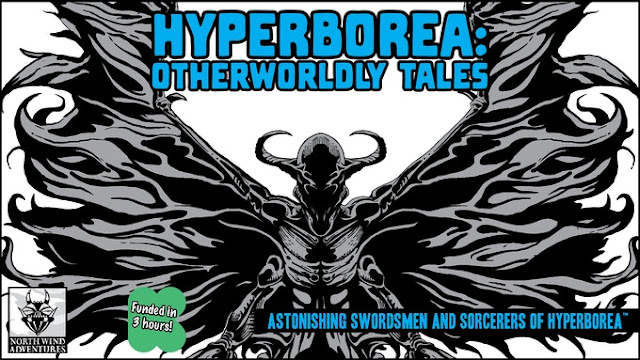 You have to give it to Jeff - he brings some of the best produced, well-written adventures to the market with covers that make me drool. HYPERBOREA: Otherworldly Tales is no exception.


THE LOST TREASURE OF ATLANTIS - The Lost Treasure of Atlantis, by Chainsaw, is an adventure in HYPERBOREA designed for from four to six characters of 6th through 8th level. 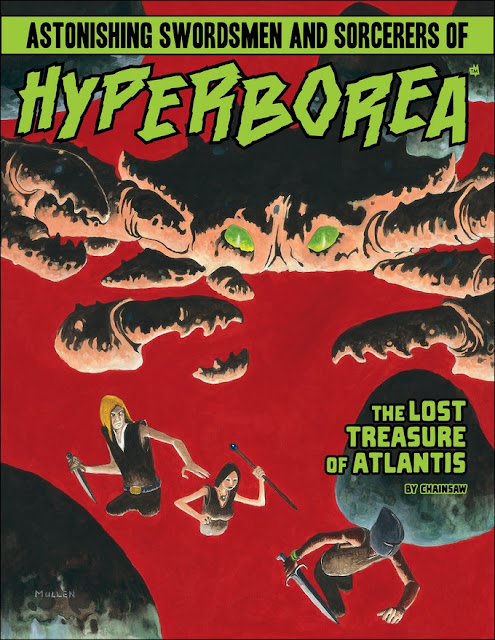 In the far reaches of Hyperborea’s Crab Archipelago lies a small, mountainous island known as Crystal Point. Passing sailors recently have witnessed a crimson glow in Crystal Point’s waters and beams of russet light shining up from its steep cliffs. Too, unusually frequent lightning storms in the area have torn the sky in blinding flashes, shattering the air with their awesome sound. The seedy wharf taverns of Khromarium and elsewhere buzz with these strange tales—some even speculate that Crystal Point may hold the lost treasure of Atlantis!

THE SEA-WOLF'S DAUGHTER - The Sea-Wolf's Daughter, by Jeffrey P. Talanian, is an adventure in HYPERBOREA designed for from four to six characters of 7th through 9th level. 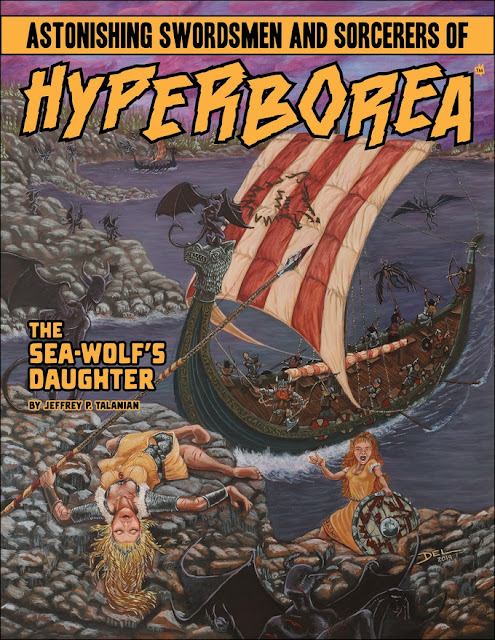 Your party finds itself in the employ of Ragnarr the Sea-Wolf, a jarl of New Vinland and a reaver of old. His daughter, a shield-maiden named Gunnhildr, has been abducted by a brute called Björn Blackbeard. During a desperate search, the Sea-Wolf crossed sails with a former rival, and from the blood-flecked lips of a dying foe, he learnt the location of Blackbeard’s stronghold. Now, deep in the misty fjords of Brigand’s Bay, where cutthroats, pirates, and freebooters thrive, you have been charged with liberating the Sea-Wolf’s daughter.

As aways, jeff does good stuff.