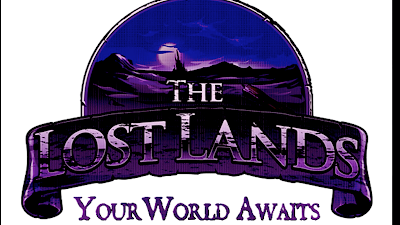 No foolin' either! When I had lunch with Phil Reed from SJG a month or so ago, I mentioned that there were many backers of The World of the Lost Lands Kickstarter that were posting in the comments that they planned to use the Lost Lands with The Fantasy Trip rules (The Fantasy Trip was a large part of the lunch conversation and I left with a review copy - thanks Phil!) Hopefully I had some small influence in putting this event into motion ;)

Note - there are two days left to support The World of the Lost Lands Kickstarter from FGG.

STEVE JACKSON GAMES and FROG GOD GAMES are excited to announce a new horizon for The Fantasy Trip! The Frog God Games LOST LANDS setting will now contain adventures and resources for those who want to use The Fantasy Trip in the framework of this ancient and storied world, filled with places to find vast caches of treasures or die trying! The first adventure in this series will be the Crucible of Freya, with many more to follow by popular demand. We are always listening to our fans, and there has been tremendous demand for a joint venture between The Fantasy Trip and the Lost Lands. Fear not, because it’s in the works right now!

Details will come later on products that will be converted and included in this. This is not an April Fools joke.

PS--I could not be more geeked...my inner 12 year-old just about fainted!
Posted by Tenkar at 7:01 PM