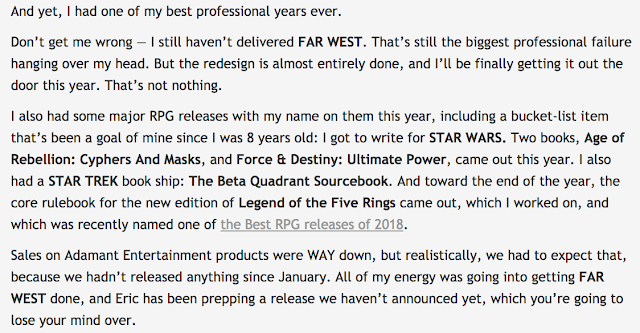 So now we know exactly which books to NOT purchase. Sorry Gareth, but SEVEN FUCKING YEARS is a bit too long for being late. I'd call it a "failed to complete" at this point. But you won't own your failure, because you are banking on the idea that empty promises will keep legal threats from your door. Gareth, meet Ken.

And look. He promises to get it "out the door this year." What a fucking joke. When you don't respect your customers and backers enough, to be honest with them, why should they accept anything that comes out of you as truth. 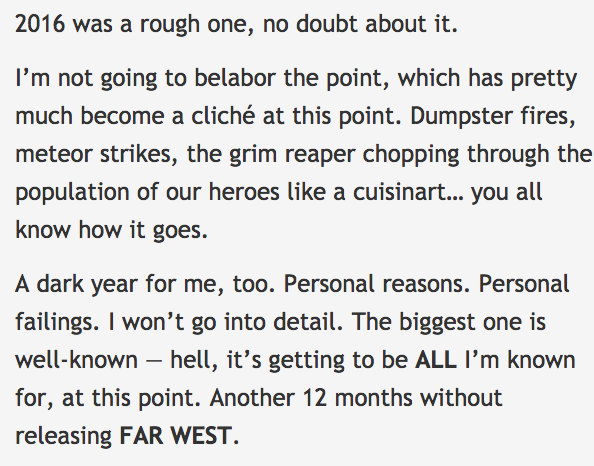 And yet, two years - 24 months AFTER this post, we still aint got shit. 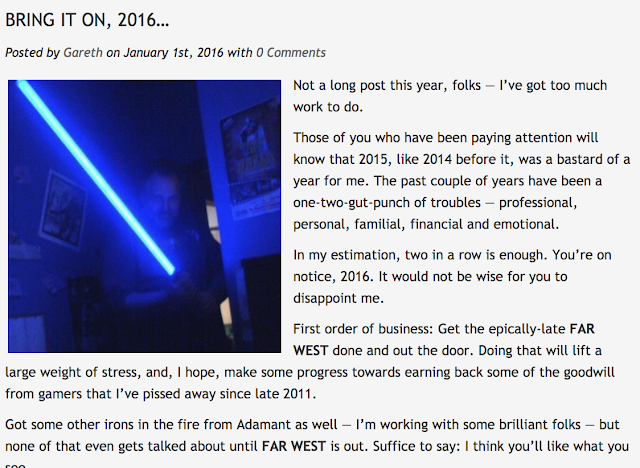 Ah, that looks like a promise to complete the project. 36 months ago... 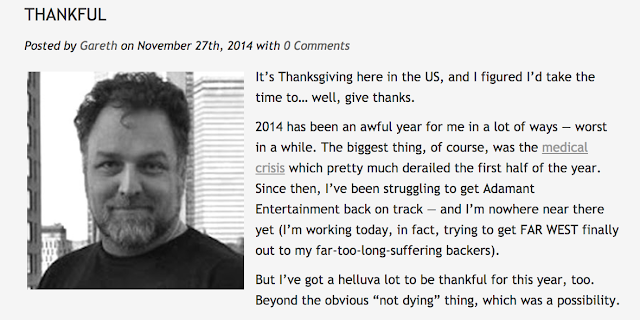 49 months ago. Pretty good on talk. Empty on promises though.
Posted by Tenkar at 10:54 PM