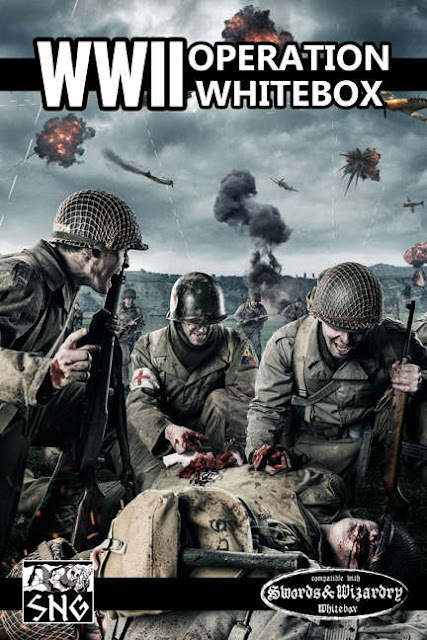 September 1st, 1939. Nazi Germany invades Poland. Adolf Hitler claims the invasion is in response to Polish aggression. Poland’s army is unprepared for the ferocity of the German blitzkrieg and surrenders in less than a month. World War II has begun!

Now you can reenact these events from the safety of your own gaming table---for FREE! WWII: Operation WhiteBox™ puts your characters in the role of special forces operatives undertaking covert missions behind enemy lines.

Download WWII: Operation WhiteBox™ for FREE and get right into the action. It’s your war now!

Fast forward to 1944 with our D-Day Bundle and get six (6) action-packed missions for one low price. This bundle features the newly released Bustle in Your Hedgerow mission set in France. Written by Alasdair Cunningham with maps by Morne Schaap, Bustle in Your Hedgerow is a support mission designed for  WWII: Operation WhiteBox™. Parachute into Normandy on D-Day, take out a German artillery battery, and rescue fellow paratroopers from a Nazi-occupied village!

Bustle in Your Hedgerow is the perfect way to kick off a D-Day campaign. Check it out now. It's Berlin or Bust!